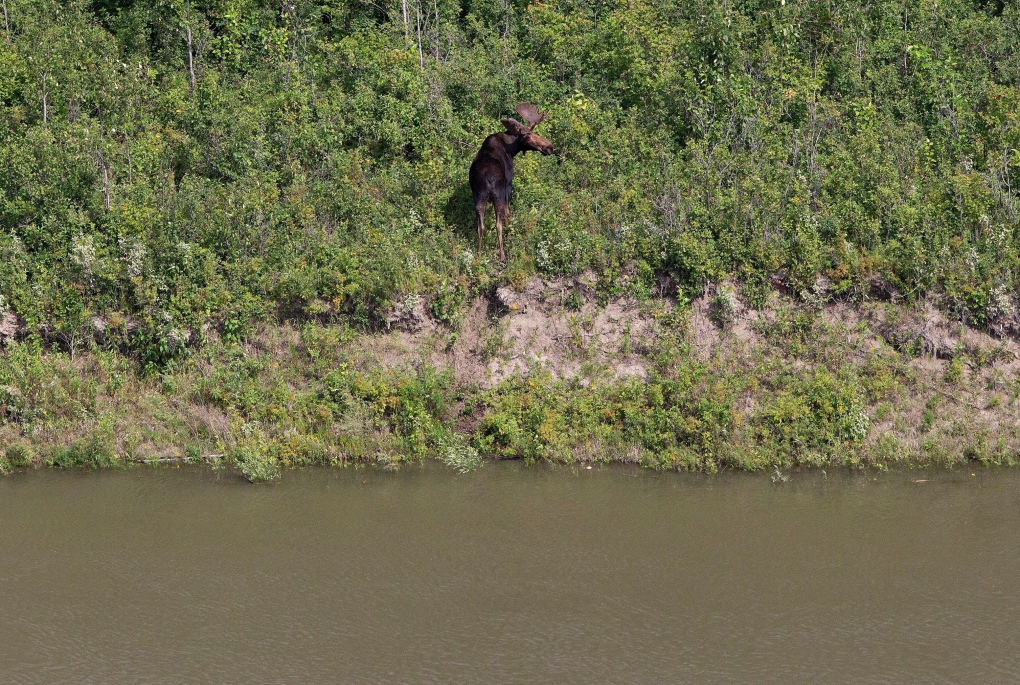 A moose looks over the North Saskatchewan river near Maidstone, Sask on Friday July 22, 2016. (THE CANADIAN PRESS / Jason Franson)

"While widespread flooding is not expected, stakeholders located along the river are advised to take any necessary precautions to protect infrastructure such as pumps," the WSA said in a news release.

The raised levels — resulting from 40-60 millimetres of rainfall upstream from Edmonton — are expected to reach the Alberta-Saskatchewan border on May 26 or 27, according to the WSA.

Based on its forecasts, the WSA estimates the "peak flow" will reach the Battlefords on or near May 28 and will arrive in Prince Albert on May 30 or 31.

Water levels at locations along the river could increase anywhere between one and three metres, the WSA said, with a rise of 1.6 metres projected for the Battlefords and two metres for Prince Albert.