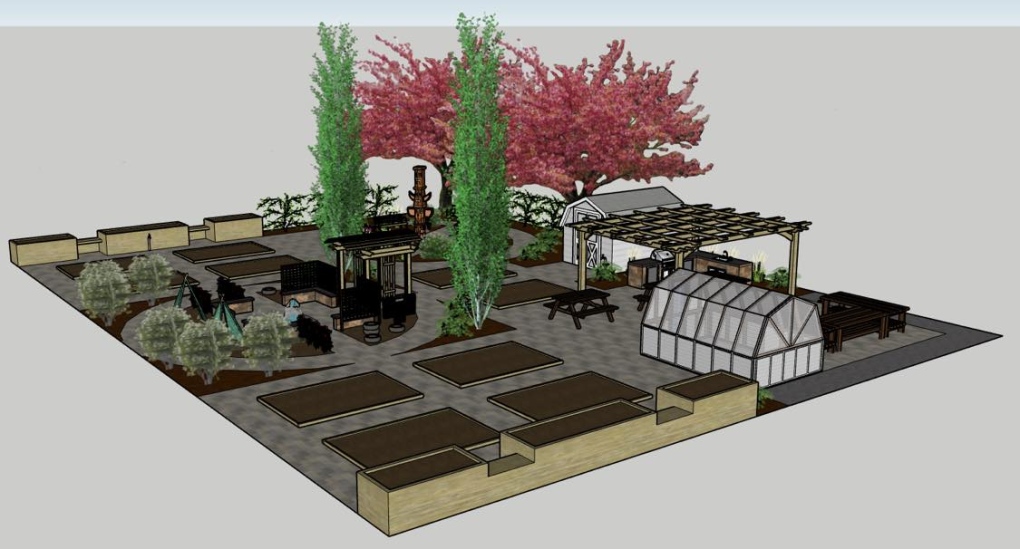 The Girardi Foundation is hoping to build a community garden next to Harley’s House, a semi-independent transition home. (David Girardi/Submitted)

SASKATOON -- A Prince Albert non-profit is hoping to increase opportunities for families in the west flat with a community garden.

The Girardi Foundation began fundraising efforts about a year ago to build Harley’s House, a semi-independent transition home for people ages 18 to 21. Harley’s Community Garden will be located next to the home.

“You can’t move forward with a mindset that keeps you in poverty, and this garden will actually educate that,” said executive director David Girardi.

“It will show that how you do one thing in life is how you can do everything. If you can plant a garden, you can go out and get that next career move. You can go out and achieve those goals. It will teach that consistency and give people that certainty and hope.”

According to the 2020 Saskatchewan Child and Family Poverty report, Prince Albert has the highest poverty rate in the province. Data from 2018 shows 35.1 per cent of the city’s children live in poverty, and 24.4 per cent of adults live in poverty.

The garden will have a four-season greenhouse that will supply food to places such as Harley’s House, the food bank and homeless shelters.

It will also contain grow boxes, a toolshed, benches, picnic spaces, a community kitchen with a BBQ and smoker and solar-powered sprinklers and lighting for the walkways.

Girardi estimated that their $220,000 fundraising goal will take seven months and building the garden will take another seven months.

“I think Prince Albert has recognized that this is actually needed in the community,” said Girardi.

So far, he said, residents and business owners are showing support for the cause – this includes a $50,000 donation from philanthropist and local Canadian Tire owner Malcolm Jenkins. Jenkins said he’ll be donating $10,000 every year for five years to the garden, and supplying trees and shrubs as needed.

In the past, said Jenkins, the west flat has been “underserved,” with limited access to recreation opportunities and even grocery stores.

"A lot of people don't have cars and can go from place to place as I and you can as readily, so bringing things to their doorstep is a very sensible and positive thing to do."

Harley’s House and the community garden will be across the street from Alfred’s Spray Park, which was built last year and funded by Jenkins. The city also built a new playground next to the spray park. The Bernice Sayese Centre is close by, which aims to improve the quality of life for residents in the west flat.

“It’s just that other areas of the city had developers or shopping centres coming in and it automatically draws people and draws money, and so you lose by default. You stand still, and everybody else starts walking. They’re speeding away from you, unless somebody comes and does something active,” said Jenkins.

Two years ago, Jenkins also funded a skate park in the west flat by Parkland Hall. He said improving recreation opportunities is a preventative measure to help youth stay away from criminal lifestyles and need more medical care later on in life.

Girardi said once the community garden is complete, there will be an online booking system for groups or individuals to plant in a garden bed.