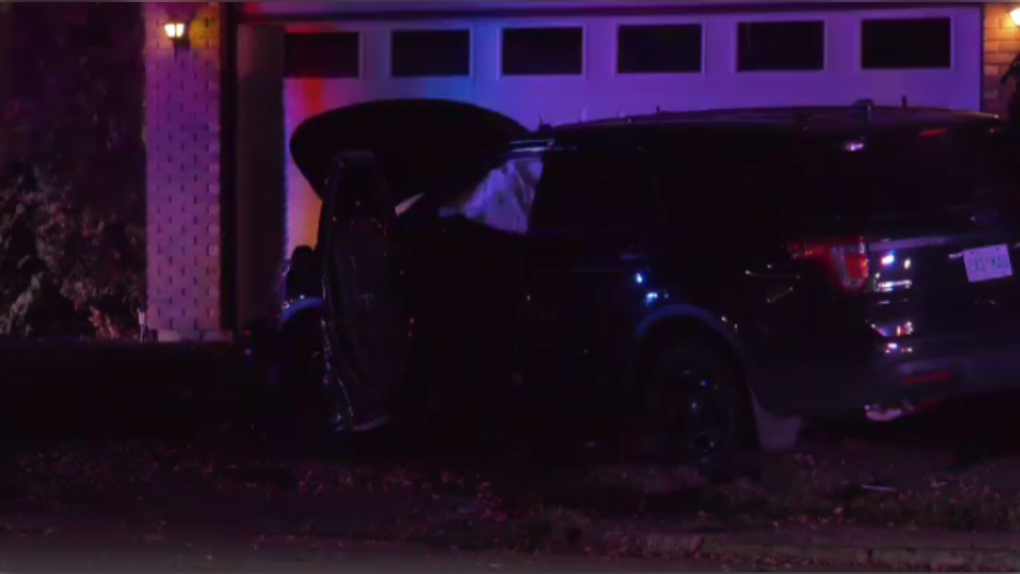 A vehicle collided with a house in the 800 block of Avenue S North, police say. (Ryan Fletcher/CTV Saskatoon)
SASKATOON -

A 27-year-old Saskatoon man faces charges after the driver of a stolen vehicle refused to stop for police.

Police received a report Tuesday evening that a vehicle had been stolen from a business in the 2600 block of Avenue C North, according to a news release.

The Ford Escape SUV was equipped with GPS which allowed officers to locate it driving near 33rd Street and Junor Avenue.

An attempt to deploy a spike belt didn’t work. The stolen vehicle then made it's way to Confederation Drive, while being driven erratically, police said.

The vehicle then traveled to Clancy Drive before leaving the road and entering a park.

It then traveled on Fairlight Drive where another spike belt disabled two tires.

The driver continued driving and made his way back to the location on Avenue C where the vehicle was allegedly stolen from.

He abandoned that vehicle and reportedly stole a GMC cube van, then left the location where a third spike belt was successfully deployed.

The suspect vehicle struck two police vehicles and then a third before colliding with a house in the 800 block of Avenue S North, police said.

The suspect was found to be in possession of a knife and was brought into custody, police say.

No one was seriously hurt, according to police.