No plan for return of hockey games in Sask., as hockey dad waits for 'return to normalcy'

SASKATOON -- Hockey players and parents in Saskatchewan are wondering when they’ll be able to play games again.

“I know everyone wants to get back into their routine, and part of our routine come fall, wintertime, is to get back at the rink watching our kids play hockey,” said Aric Dodd, whose sons Kaiden and Kyan both play hockey. “Unfortunately, we just can't do that right now.

“We’d all like a ‘return to normalcy’ date, but things are not normal right now, so I'm quite patient with it.”

Saskatchewan Hockey Association general manager Kelly McClintock says at least 33,000 people in as many as 250 communities are under the organization’s umbrella, including senior and minor hockey.

“So that's a good thing in terms of the reach,” he said. “But the negative part is, that's a big potential spread (of COVID-19) from the government's perspective.”

McClintock says in order to release a plan and date for a return to play sanctioned games, the SHA is in talks with a business response team, who in turn talks with the Government of Saskatchewan’s Ministry of Health.

“And in the last week or so they've been really, really positive in terms of working together with us,” he said.

In an email to CTV News, the Ministry of Health says, “we’re currently working with the Saskatchewan Hockey Association on their plans to return to play, and how they will safely return to the ice. We will let you know when we have more information to share.”

Another large roadblock, according to McClintock, is the different facilities across the province and their ability to adhere to new COVID-19 standards.

“The key part is how many cities and villages and towns are willing to put the resources in to live by those guidelines,” he said. “If they don't, and don't open their rinks, then we don't have some people playing, or they're going to have to travel further which the government doesn't want.”

McClintock says part of the SHA’s plan is for communities “in close proximity” to form regions where teams will play against each other.

“We want those rinks open, but if they can't play games they're not going to open because they can't open their canteen, they can't charge at the gate, because they're not making any money to pay the bills. The startup (cost for a) rink in the first month is probably $10,000.”

Even if a community can afford the cost around opening their rink, there’s still a matter of making sure there’s adequate space inside.

“Will they be able to have people in lobby, so how many people? And if they do, after each session, how much cleaning are they willing to do, because normally in a small town they might have a paid person that runs the zamboni and might sweep up the dressing rooms afterwards or the lobby a couple times a day, but now they're going to, they're spraying all those touch points they're going to have to clean.”

Kelly Boes with the Saskatoon Minor Hockey Association says as many as 3,700 register to play hockey in and around the Bridge City.

He says tryouts are underway, and once teams are formed they will be able to practice on the dozen sheets of ice in the city, albeit under COVID-19 protocols.

“We didn't have any parents in tryouts, because every rink is different, the numbers that could come in and out, with volunteers and all that were different,” he said. Kids are required to dress in hockey gear at home and only goalies are able to use dressing rooms.

“With the cohorts and the maximum 30 on the ice, everything is a little bit different right now. So all that's in place, we put in a masking policy this week that will require everybody to wear a mask when they're attending a minor hockey game, whether they’re a spectator, parent, or coach (or referee), whoever's coming in the building. The only exception will be players and coaches when they're on the ice for practice or games and rest as well.” 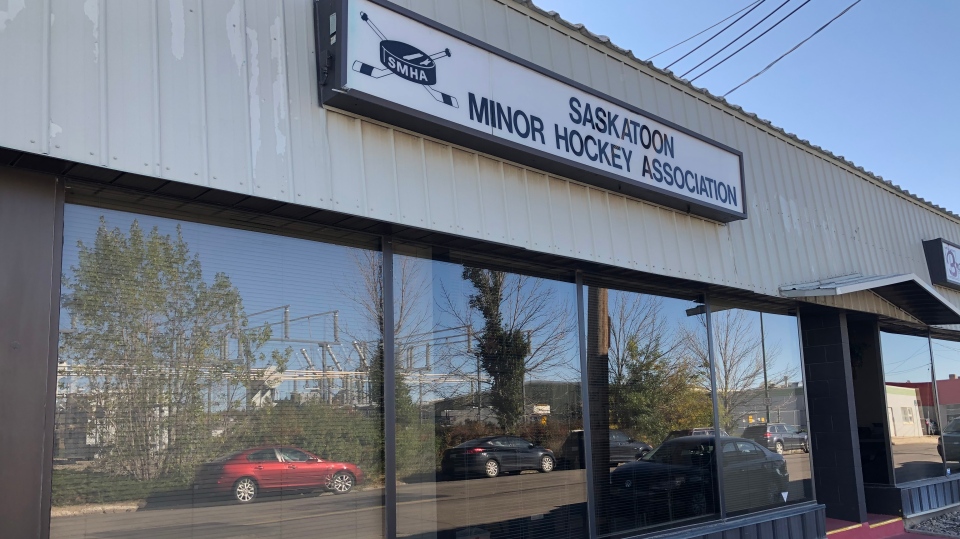 Boes says Saskatoon Minor Hockey is “powerless in the decision making” process, so players, teams, and coaches will “just have to sit back, wait, get our team's some practice, and have them ready to go whenever we can go.”

“One of the best things that could happen is if the Saskatchewan Hockey Association and the government could jointly announce a start date,” he said. “I think that would just give people a lot of relief, a lot of burden off their shoulders.”

McClintock says he’s feeling optimistic about getting a plan and return to play date in place.

“Hopefully we can play games before Christmas,” said McClintock. “When we're able to, then we all have to be on board and following guidelines and ensuring that we can provide an environment for the kids, and even senior hockey and junior hockey, so that they can they can participate in something they love.”