No life-threatening injuries after bus and semi collide in west Sask. 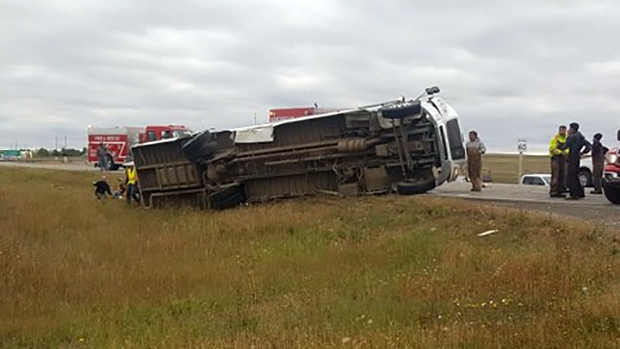 RCMP is currently on scene of a crash between a bus and a semi-truck near Kerrobert.

The crash happened before 6 p.m. at the intersections of Highway 21, 31 and 51 on the northwest edge of Kerrobert.

The cause of the crash is currently under investigation, police expect the highway will be closed until at least 2 a.m. on Saturday.

Kerrobert is about 185 kilometres west of Saskatoon.