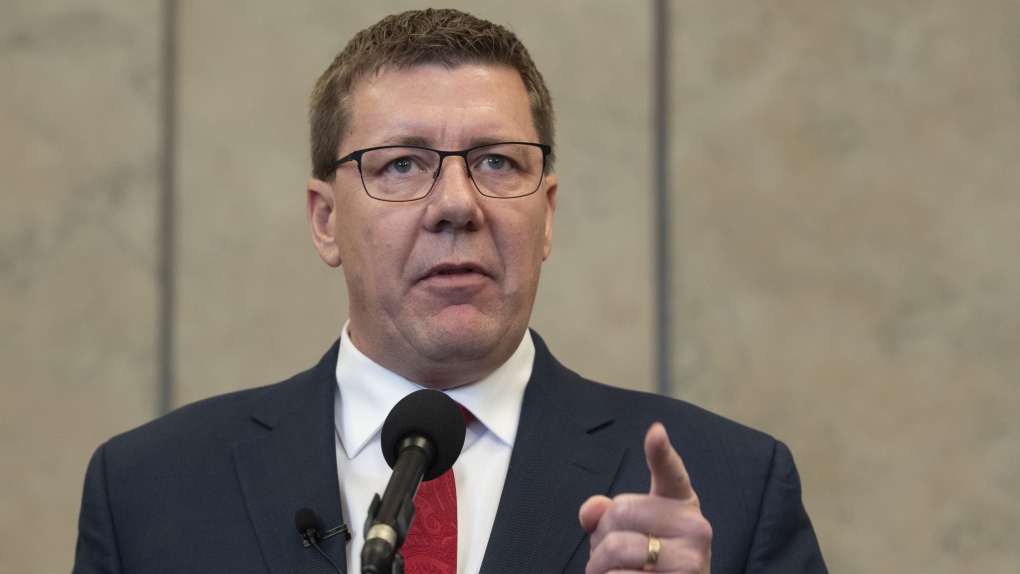 SASKATOON -- Premier Scott Moe says there are no plans to fine those who organized or took part in two large family gatherings in Saskatoon that led to a COVID-19 outbreak declaration.

"The goal of the public health orders is to have compliance," Moe said. "It's not to fine anyone."

While Moe did acknowledge that some fines have previously been levied for violations of the province's COVID-19-related public health orders, he said the punitive actions came only after "great outreach" to educate individuals and warnings were issued.

On Wednesday, when the outbreak was declared, the SHA said one confirmed case and one presumptive case had been linked to the events.

Shahab described the gatherings as "outdoor events related to food."

On Wednesday, the SHA described the outbreak as "contained" and said that a contact investigation involving more than 60 people was underway.

All the close contacts are isolating at home and there is no risk to the public, the SHA said.