No charges laid after woman struck by pickup in Saskatoon 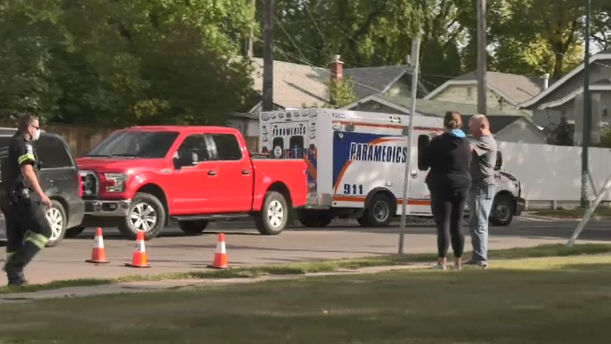 Police and Medavie Health Services attended a collision between a woman and a pickup truck at the intersection of Lorne Avenue and 8th Street East. Ryan Fletcher/CTV Saskatoon

SASKATOON -- A 45-year-old woman was taken to hospital with serious injuries after being hit by a pickup truck Monday afternoon.

Saskatoon police said officers were called at around 3:30 p.m. about a collision between a pedestrian and a truck at the intersection of Lorne Avenue and 8th Street East.

Police said officers arrived to find an injured woman who had been struck by a pickup truck. The woman was taken to hospital with life-threatening injuries, police said.

Members of the collision analyst unit attended the scene and have since reopened the roadway. No charges have been laid.