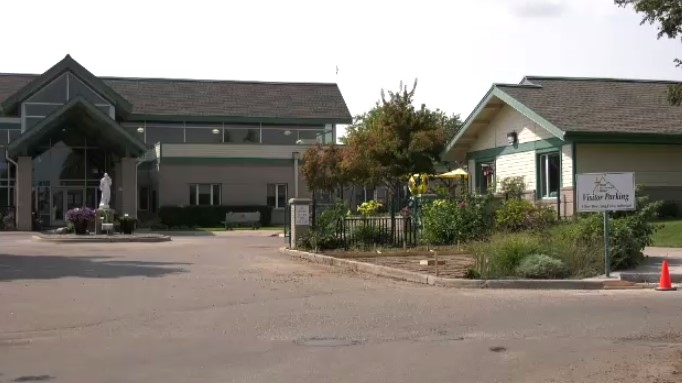 Police in Prince Albert say no charges will be laid in an 85-year-old woman's homicide.

The development comes after the death of a 76-year-old woman suspected in the homicide.

Both women were residents at a Prince Albert care home located in the 700 block of 28th Street East, according to police.

The 85-year-old woman died on Aug.19 from injuries sustained during an alleged assault that occurred five days earlier.

She had been treated in hospital following the alleged attack.

While the 76-year-old woman had been identified as a suspect, she was never arrested.

In a news release, Prince Albert Police Service said the investigation into the homicide has concluded.

A veteran and former Paralympian told a parliamentary committee that a caseworker from the Veterans Affairs Canada offered her medical assistance in dying, a week after the veterans affairs minister confirmed that at least four other veterans were offered the same thing.

As Canada enters the fifth week of the flu epidemic, influenza activity is rising, with mainly young children and older adults facing the brunt of the strain, according to the latest FluWatch report.

'Maybe the bully could do some good': Canadian actor on fundraiser, and sale of 'A Christmas Story' house

Located in Cleveland, Ohio, the house featured in the holiday film 'A Christmas Story' is up for sale. Leg lamp and all.

FBI Director Chris Wray is raising national security concerns about TikTok, warning Friday that control of the popular video sharing app is in the hands of a Chinese government "that doesn't share our values."

A U.S. woman was killed and four other passengers injured when a massive wave struck the Viking Polaris cruise ship while it was sailing toward the port of Ushuaia in southern Argentina on an Antarctic cruise, authorities said.

BoC expected to end year off with one more rate increase, likely to pause hikes soon

The Bank of Canada is expected to conclude a historic year marked by high inflation and aggressive monetary policy tightening with one more interest rate hike on Wednesday.

Myanmar's military-installed government has sentenced more critics to death, bringing the total to 139, and is using capital punishment as a tool to crush opposition, the UN high commissioner for human rights said Friday.

Prince William capped a three-day visit to Boston by meeting with President Joe Biden to share his vision for safeguarding the environment before attending a gala event Friday evening where he sounded an optimistic tone about solving the world's environmental problems through "hope, optimism and urgency."

Pentagon debuts its new stealth bomber, the B-21 Raider

America's newest nuclear stealth bomber made its debut Friday after years of secret development and as part of the Pentagon's answer to rising concerns over a future conflict with China.