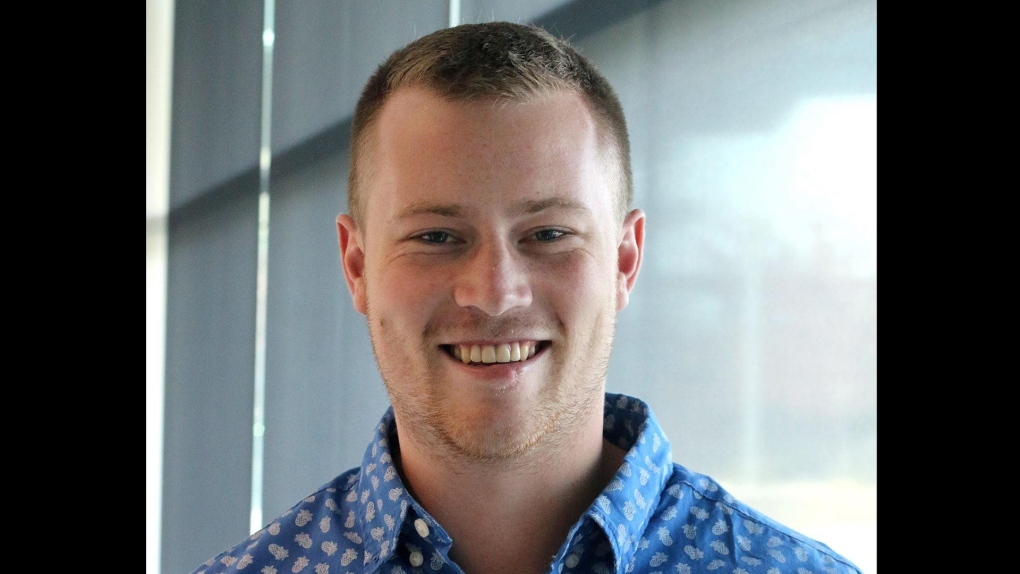 Brock Weston is seen in an undated handout photo. The Wisconsin college student had had fever sweats the night before. A stuffy nose and sore throat he thought were from dust in the air or maybe, at worst, a cold or flu had been hanging around for a couple of days. THE CANADIAN PRESS/HO

MAIDSTONE -- The possibility of having COVID-19 started to become real for Brock Weston as he drove home to Saskatchewan.

The Wisconsin college student had had fever sweats the night before. A stuffy nose and sore throat he thought were from dust in the air or maybe, at worst, a cold or flu had been hanging around for a couple of days.

"I had no appetite. I couldn't smell. My eyes were hurting," the 25-year-old told The Canadian Press in a telephone interview Wednesday.

"I thought, 'OK, maybe this is a little more than just the flu."'

Weston, who plays hockey and studies biology and chemistry at Marian University, had been packing for his trip home last week when Prime Minister Justin Trudeau warned Canadians abroad to hurry back.

While on the road, he called his parents about taking extra precautions for his arrival at the family farm near Maidstone, about a 2 1/2-hour drive west of Saskatoon.

When he got there, he still felt lousy. He was running a fever and coughing and noticed pressure in his chest when he took deep breaths.

"You read about the people that started with this mild chest pressure and all of a sudden they're in the hospital and can't breathe," Weston said.

"I was definitely nervous once I started to kind of realize that I might have it."

He did a self-assessment, which told him he should call for a referral. He phoned a clinic in town, which led to more calls until he was booked in for a test.

When he arrived for testing in Lloydminster, Weston phoned from a parking spot and was directed to a building through a set of doors. He was instructed to sanitize and put on a mask.

Weston said a health worker took a swab resembling a large Q-Tip and inserted it high into both sides of his nose.

"It was mostly just uncomfortable," he said. "Kind of like a sneeze that would never come."

He was told it could take a week for results, but three days later he received a call.

He had tested positive for COVID-19.

Weston is self-isolating in the basement of his parents' house while they stay upstairs. He said he's sharing the story of his symptoms and diagnosis so others will take the virus seriously, stay home and think of others.

COVID-19 certainly slowed him down, he said.

"I had absolutely no sense of smell and no taste. I had no appetite for five days. I lost over 10 pounds.

"I kind of got this migraine that just carried over four or five days that made my eyes just hurt. Couldn't look to left, right, up, down."

And he's helping out on the farm.

"It's a little easier on the farm because I can stay six feet away from Dad outside."

Weston is not entirely sure where he contracted the virus, but believes it was while he was in Nashville on a spring break with friends.

He has to have two negative test results to be out of quarantine. The first test is set for Saturday.

This report by The Canadian Press was first published March 26, 2020