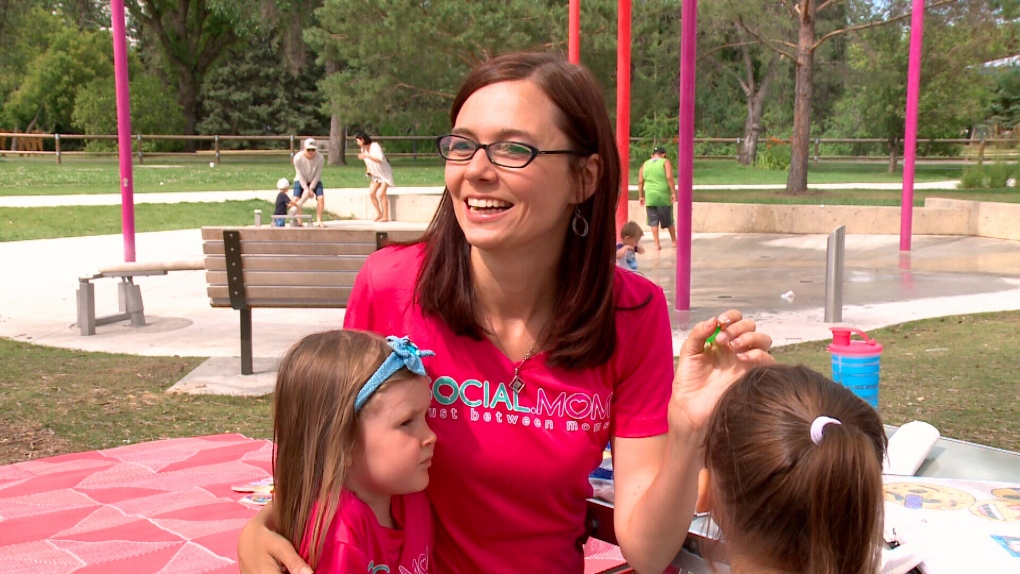 Audrey Poulin, founder of the social.mom app, paints faces at Kinsmen Park in Saskatoon during a meet-up for moms on Tuesday, Aug. 1, 2017. (Laura Woodward/CTV Saskatoon)

A group of new friends — all moms — gathered in Kinsmen Park on Tuesday, thanks to an app that recently connected the women.

Social.mom, an app that works much like Tinder, is exclusive to mothers. Users create profiles to connect with moms who live nearby and have children the same age.

The idea came from Audrey Poulin, a mother from Quebec, who felt alone during her maternity.

“I wanted to connect with other moms around my home, but I didn’t know if there was any and I was too shy to knock on doors to find other moms that lived nearby with kids the same age, so I thought of an app a little bit like Tinder,” Poulin told CTV at Kinsmen Park during the mom social.

Poulin launched the Social.mom app less than three months ago, on Mother’s Day. To bring awareness to her app and “mom loneliness,” Poulin and her family are driving across Canada in a pink RV to host social events, like the one in Kinsmen Park.

“If I can spare at least one mom from depression with all the negative effects it can have on the children, all the trouble of making the app would be worth it,” Poulin said.

Poulin’s journey began in Halifax, with Saskatoon as her eighth stop, and has connected her with hundreds of moms to discuss the importance of friendship between mothers.