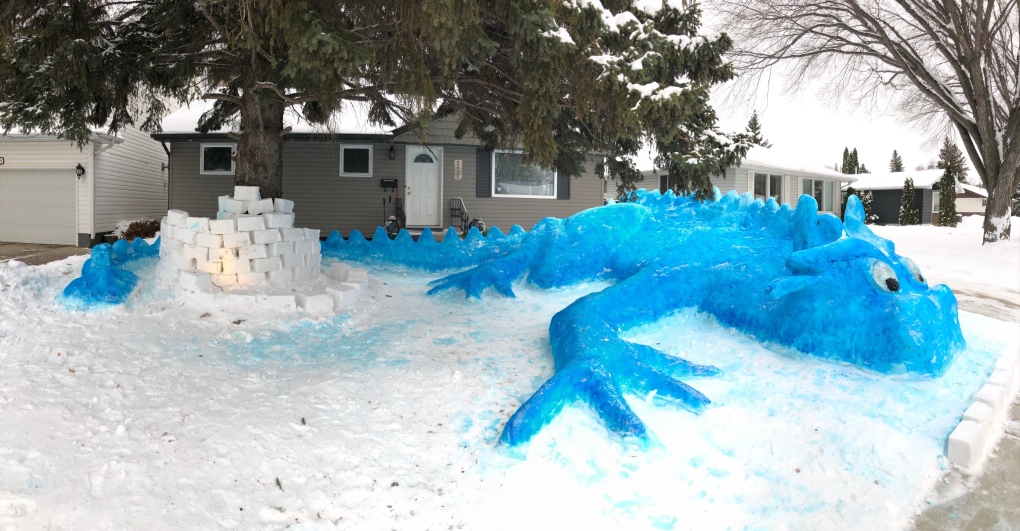 SASKATOON -- When Mel Thompson looked out her window three years ago, she had no idea what she saw would spark an annual tradition.

"I was just kind of sitting looking out the window one day after I shovelled and I just kind of thought my snowbank kind of looked like dragon-shaped," Thompson said.

"I just decided to build it into one."

The first dragon Thompson sculpted in front of her home was dyed green. A year later she made a purple one.

In 2020, Thompson has gone blue, and much bigger, thanks to huge dump of snow earlier this month.

Thompson said she isn't sure exactly what keeps her coming back to the project each year, which transforms the yard of her Cairns Avenue home.

"I don't know people seem to really like it like there's a school right down the street and sometimes they'll bring the class by and have pictures with it and I don't know it just, it makes people smile. Need more reasons to smile right now," Thompson said. 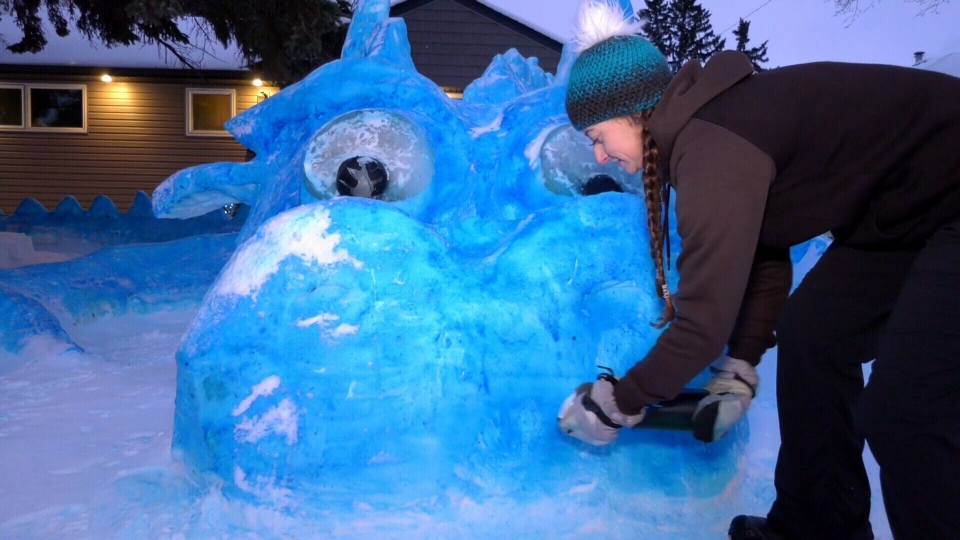 Thompson said it took about full Sunday's worth of work and "a couple hours here and there after work for a week" to make the dragon.

She said the neighbours don't seem to mind the added attention her creations bring.

"So, yeah, I just don't they really seem to like it I haven't had any negative feedback on it," Thompson said.