‘Native American’ costume back on shelves in Saskatoon 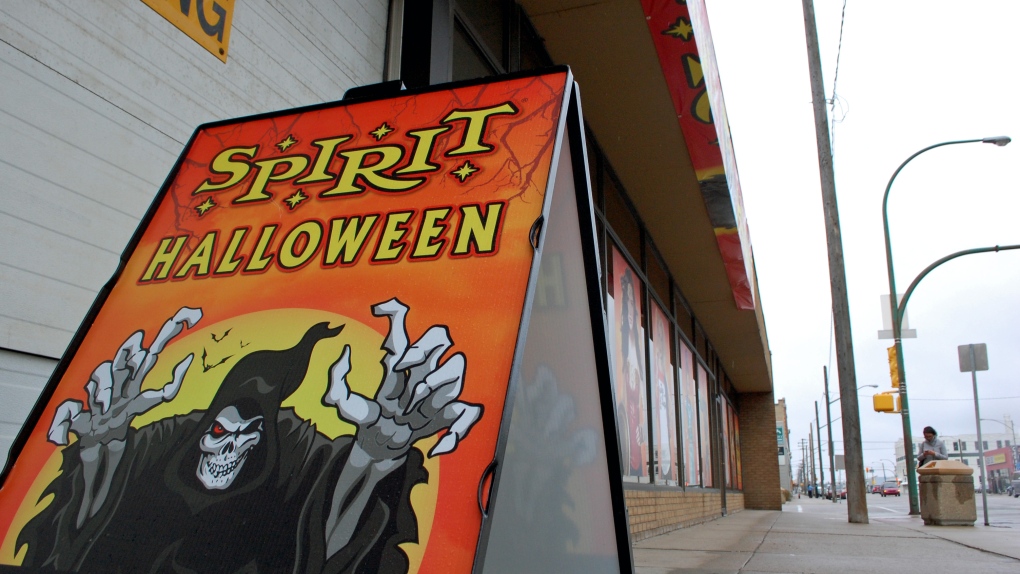 A sign sits outside Spirit Halloween's downtown Saskatoon store on Friday, Oct. 14, 2016. The chain of pop-up costume stores has been gathering media attention this week after a local activist claimed she was kicked out of the chain's 51st Street store in Saskatoon for confronting a manager about a "Native American" costume. (Kevin Menz/CTV Saskatoon)

A Halloween costume that sparked outrage earlier this week is back on the shelves at a chain of pop-up shops in Saskatoon.

An employee with Spirit Halloween’s 51st Street store, who says the “Native American” costume was pulled earlier this week after widespread media attention over a tweet from Saskatoon activist Zoey Roy, tells CTV News the costumes have since made their way back onto the shop’s floor.

The chain’s head office told staff to put the costumes back on the shelves, according to the employee.

The costume, named “Native American” and which can also be found in Spirit Halloween’s downtown Saskatoon store, is meant to mimic traditional aboriginal regalia and includes a fringed dress and headpiece.

Many people, including 27-year-old Roy, consider the costume — and similar costumes that consist of mock indigenous attire — offensive.

“And now people can just wear our traditional clothing, regalia, as a Halloween costume, and that’s such a slap in the face to who we are as peoples.”

Roy was shopping with her 14-year-old niece Sunday at the chain’s 51st Street store when she saw the costume. She felt she needed to speak up and confronted the manager, which is when she claims she was kicked out.

The owner of the store has yet to speak to CTV News about the costume or the alleged confrontation, and staff at both Saskatoon stores directed our reporters to Spirit Halloween’s legal department. The legal department has yet to respond to a request for comment.

Spirit Halloween, owned by retailer Spencer Spirit Holdings, operates more than 1,100 stores across the U.S. and Canada, according to the shop’s website.

Nearly 70 results pop up on the site when searching for costumes that include the tag “Native American.” Most costumes feature mock headdresses and fringed faux leather, and some include plastic weapons, such as tomahawks.