'Mud up to the axles': Washouts leave truckers stranded in northern Sask. 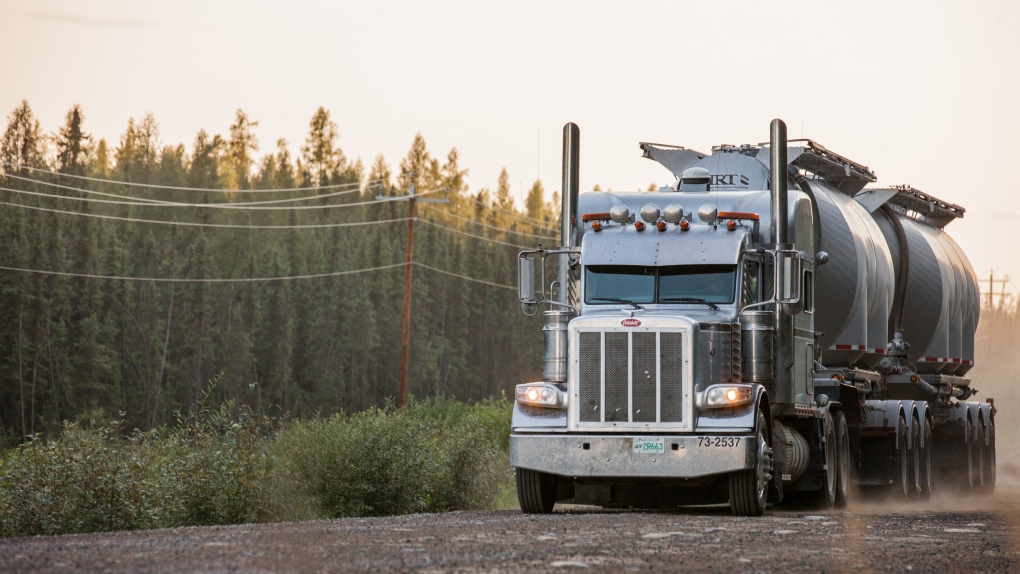 A semi-truck travels down a gravel road in the Saskatchewan north. (Northern Resource Trucking)

A Saskatchewan trucking company had 11 truckers stranded in the north last weekend after washouts on Highway 905.

"The normal challenge in the spring is just softening roads and the Ministry of Highways struggles to keep up with that in the spring," said Northern Resource Trucking human resources, safety and compliance manager Wendy Featherstone. The company hauls to the Cameco and Orano mines.

"We've had mud up to the axles at times and things like washouts, it just depends on what the weather is. Frost heaves can wreak havoc, but this year it's water. So we've had washouts like this before and most of our guys are prepared."

As of Tuesday morning, Highway 905 is closed from Wathaman River to 135 kilometres south of Rabbit Lake Mine, and from Stony Rapids to Shasko Bay near Uranium City, according to the province's Highway Hotline.

Most of the drivers were stranded somewhere with food and facilities, either a mine site or the KM 147 restaurant, Featherstone said. Three drivers were stuck between washouts and someone in a half-ton truck picked two of them up and took them to KM 147.

She said the ministry does the best it can to maintain a remote stretch of road that sees extreme temperature swings from summer to winter.

"One of the reasons that NRT has the contracts we have is that we are really prepared to haul in the worst conditions imaginable. Like not every company even wants to go that far north on the rough roads that we travel. They're narrow, we have to arrange our meets, it's not the easiest trucking out there."

Once the roads are open, the company will have convoys heading north and south, she said.

"It's up to the mining companies just to prioritize what they need first. If it's getting cold, they're going to want some propane trucks coming through, groceries, maybe, but again, a couple of days in the north isn't catastrophic."

She said the company is grateful to the mines, highways ministry and everyone along the roads.