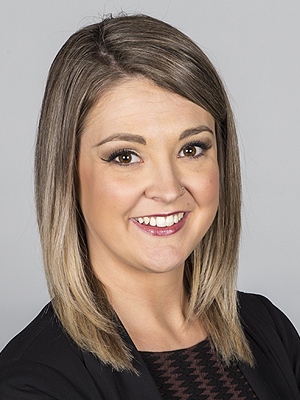 Stephanie was born and raised in Calgary, where she developed a passion for performing. She was a member of The Young Canadians of the Calgary Stampede for three years before heading to New York City to attend The American Musical and Dramatic Academy.  Stephanie did some travelling before returning back to Calgary to attend the Radio Television and Broadcast News program and SAIT, where she was the valedictorian of her graduating class.

She interned at both CTV Calgary and Lethbridge before starting her career at CTV Saskatoon.

Stephanie is a Flames fan with a soft spot for the Maple Leafs. In her spare time she enjoys figure skating, yoga and waterskiing at Waskesiu with friends.