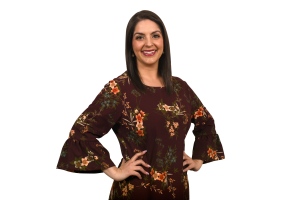 Janella Hamilton is no longer with CTV Saskatoon.