SASKATOON -- Saskatchewan Party leader Scott Moe is calling it day one of "election week" in the province, encouraging voters to head to advance polls, which began today, throughout the week.

He also continued to express his party’s vision for a “strong recovery” from the COVID-19 pandemic, through initiatives like the home renovation tax credit, the re-instating of the active families benefit which sees the province help with the cost of sports and activities for children.

“We are fostering a strong economic recovery here in Saskatchewan by decreasing the small business tax, and by investing in communities across this province with a $7.5 billion two-year capital plan that will invest in schools, will invest in hospitals, and it will invest in safer highways that connect our communities,” he said.

Moe also talked about helping post-secondary students by increasing the Saskatchewan advantage scholarship by 50 per cent, and lowering tuition rates, while balancing the budget by 2024.

NDP leader Ryan Meili began his day in Prince Albert, where he announced his plan to restart the decommissioned Saskatchewan Transportation Company (STC) to the region. 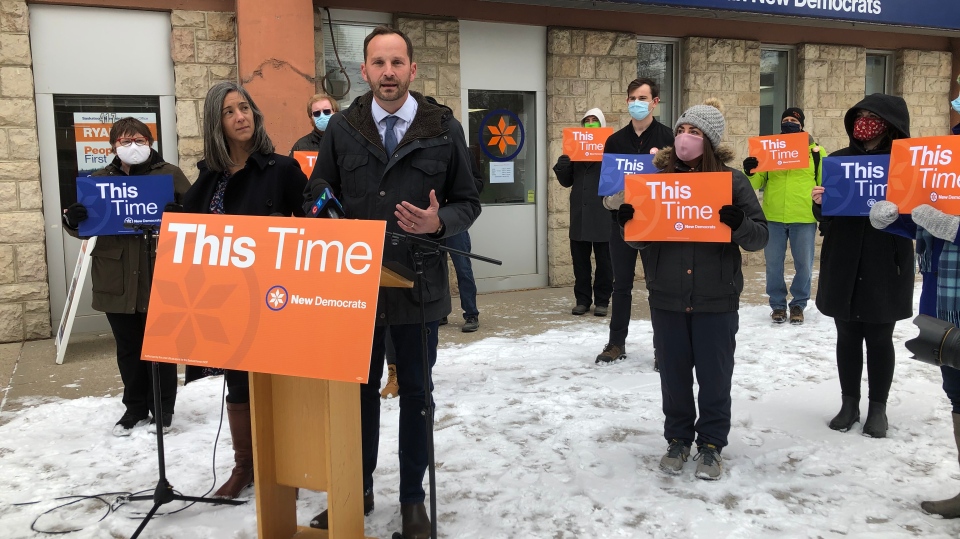 "Investments like bringing back STC would make a huge difference in people's lives, get our economy moving, and help people in this difficult time,” he said.

Tuesday afternoon, Meili stopped in Saskatoon where he repeated his criticisms of the Sask. Party’s back to school plan and overcrowded classrooms, cuts to healthcare, and Saskatchewan’s minimum wage.

"This time, this election, there's just too much on the line, it's so important, and you cannot trust Scott Moe to deliver on what we need to get through this pandemic and to recover together,” he said.

Afterwards, Meili walked down the street with his wife Mahli Brindamour to Third Avenue United Church, where they cast their votes at the early advance polls.