Two Ukrainian refugees, a brother and sister, are settling into their new home in Saskatoon.

Kyrylo Shcherbakov, 16, and his sister Khrystyna Gogol, 31, fled to Warsaw in March from their home in the Odesa region. 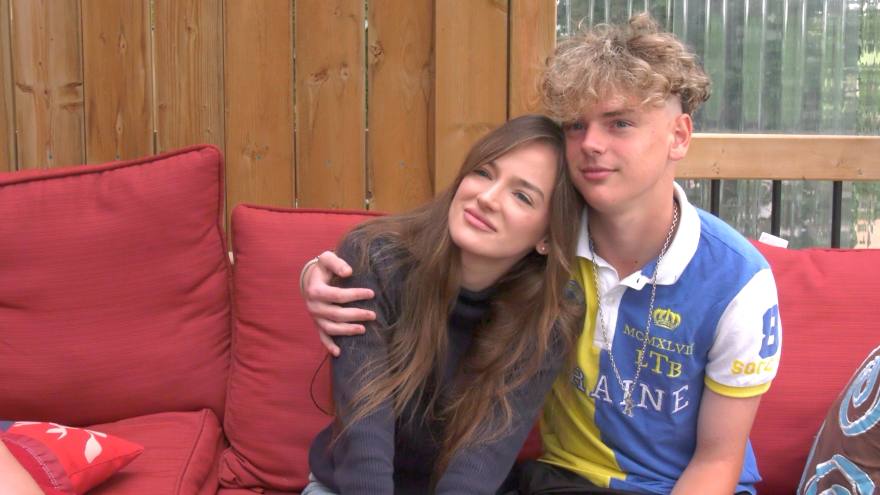 They then started the process to get to Canada with the help of the Kushnir family, Vitaliy and Myroslava and their own three children.

When word came of a charter flight to Regina on Monday, they knew they had to move fast.

Paying thousands of dollars for flights would have been challenging so having this charter option was a huge help.

“We are so appreciative of the Canadian government and all Canadians who help and the (Ukrainian Canadian Congress),” Gogol said.

When the pair arrived on Canadian soil, one of the first things they noticed was how big things here are compared to their home.

“When we were at the airport, we said 'look at the huge cars and roads,'” Gogol said.

Kyryl will be attending Holy Cross High School in the fall. He has a list of things he wants to accomplish in a short time.

“First, I want to study English. Second I want to go to school,” he says.

The teen wants to play soccer here, which he says he’s pretty good at. He loves McDonald’s and wants to apply for a job there once his English improves.

Gogol will be working at the Kushnirs' Ukrainian store in Saskatoon called Smak.

They left their parents behind, in an area that has seen a lot of military action by the Russians.

“Of course, we worry about them,” Gogol said.

Their dad is a pastor at church and their mom also helps those who are left behind like the elderly. While it was tough for their parents to let them go, they realized it was a great opportunity to get to safety.

“When we said to our parents that we have a visa in Canada they were happy and sad at the same time. For us, it’s really a good opportunity, but mom cries every day,” she says.

Thankful for the Kushnirs and their generosity to take them in, these siblings are focussing on the positives and the summer ahead learning about their new home.

“We’ll keep them busy,” says Vitaliy, who is planning to take them to a family camp, do some tenting and attend festivals in the city.

It’s estimated that about 1,000 displaced Ukrainians have arrived in Saskatchewan so far. More are expected.

The conviction of Aydin Coban for the “sextortion” of British Columbia teenager Amanda Todd has prompted calls from lawyers and advocates for more regulation, resources and education in Canada to protect future victims.