'The ancestors are telling us something:' Bison born at Saskatoon's Wanuskewin on Truth and Reconciliation Day

'The ancestors are telling us something:' Bison born at Saskatoon's Wanuskewin on Truth and Reconciliation Day 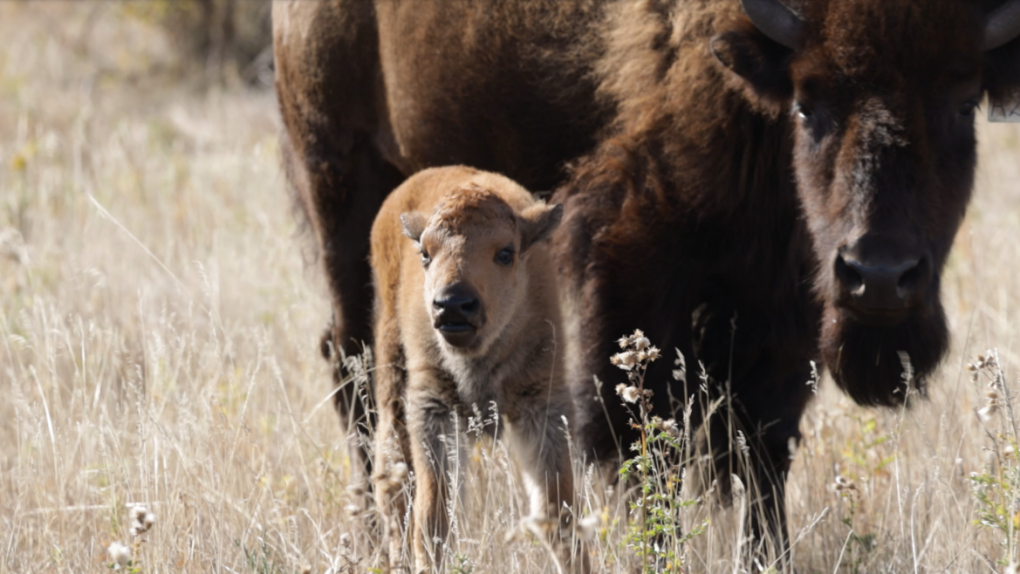 Staff at Wanuskewin celebrated Truth and Reconciliation Day with an unexpected surprise when they discovered a newborn bison among its wild herd on Sept. 30.

“It’s incredible to think of the significance of this bison calf birth here at Wanuskewin,” said Wanuskewin chief executive Darlene Brander in a press release.

“It wasn’t born on the 29th, or the 1st, it was on the 30th; a day which has such deep meaning behind it. The ancestors are telling us something important. At a certain point you cannot call this coincidence anymore.”

The growing bison herd in the heritage park holds particular significance for its connection to northern plains indigenous culture. The bison was nearly hunted to extinction by the year 1870 as Europeans flocked to the prairies to settle the land.

Bison usually give birth in the early spring, though it is possible for them to give birth later in the fall. Bison herds are protective of their young, and will ensure the calf stays warm in the cold months to come, the press release says.

“Bison are custom made for the prairie environment, and have incredible physical adaptations that allow them to thrive in our harsh climate,” says Wanuskewin bison manager Craig Thoms.

“This little bull calf will put on weight quickly and begin growing a warmer coat within the next few weeks. We will monitor him closely to make sure he has everything he needs to grow healthy and strong.”

The herd at Wanuskewin was formed from two other herds – the first originating in Grasslands National Park, and the second from Yellowstone National Park in the United States – making them descendants of the last remaining grasslands bison, says Wanuskewin.

Ontario passes housing bill despite criticism from municipalities over funding

There was talk of impeachment Monday at the Trump Organization's criminal tax fraud trial -- not former President Donald Trump's, which happened twice -- but whether lawyers for his company were angling to impeach their own witness, longtime Trump accountant Donald Bender.

The Pakistani Taliban on Monday ended a months-long cease-fire with the government in Islamabad, ordering its fighters to resume attacks across the country, where scores of deadly attacks have been blamed on the insurgent group.

Notable moments, political statements made in Week 1 of the World Cup

As much as the action on the pitch has captivated fans across the globe, the 2022 World Cup in Qatar has also made important headlines for incidents off the pitch.