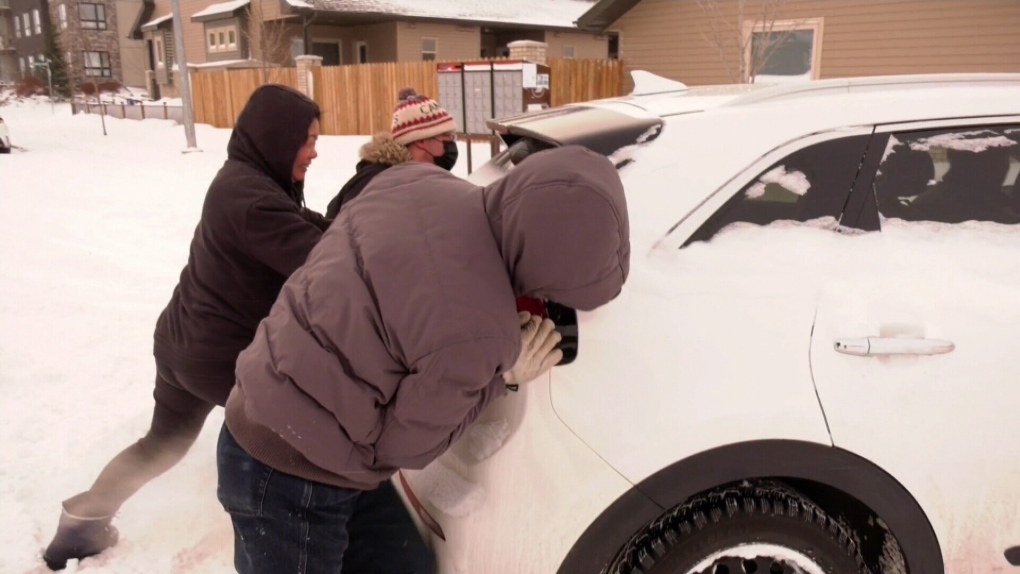 SASKATOON -- The City of Saskatoon says its aggressive plan to clear snow across all residential streets is nearing completion well ahead of schedule.

“All the driving lanes on residential streets will be completed later this morning,” Terry Schmidt, general manager of transportation and construction, said in a news release.

“That’s three-and-a-half days ahead of the original schedule.”

Since the city was hit with around 40 centimetres of snow on Nov. 7 and 8, the city said contractors have been working 24 hours a day to unclog every residential street and restore mobility citywide.

Schmidt said snow-clearing crews have turned their attention to clearing industrial areas, as well as returning to some residential streets where piles of snow are interfering with people’s ability to pull in and out of driveways, or where snow piles have buried some vehicles parked on the street.

“Crews have been dispatched and mobilized already,” Schmidt said.

“With future snowstorms and winds, it will minimize drifting and blocking lanes from snow,” he said.

Depending on progress made this week, snow-removal crews could begin removing snow in residential areas starting next week, he said.