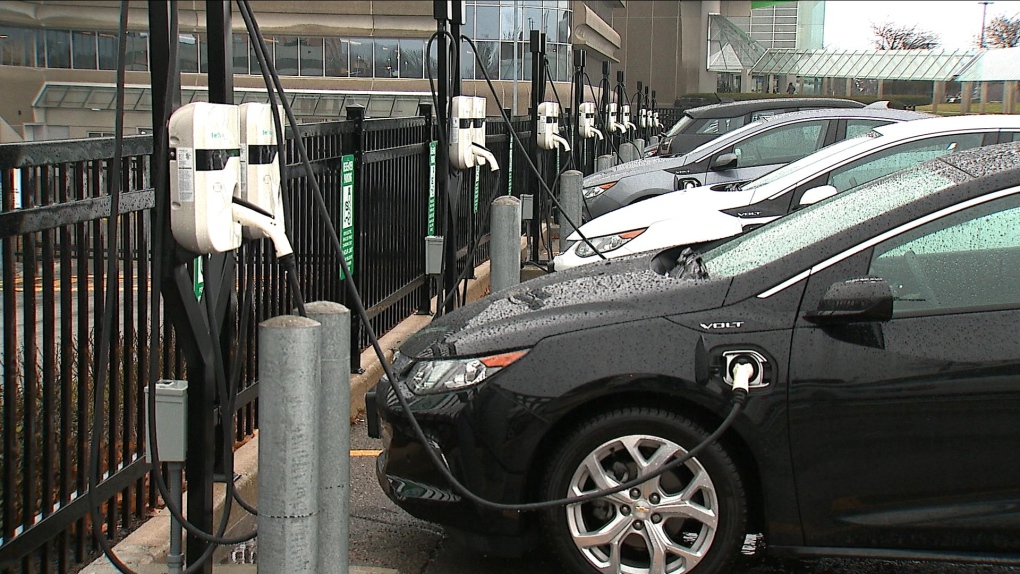 Last week in the provincial government’s budget, the Sask Party announced it would require EV owners in the province to pay $150 annual fee to recoup fuel-tax revenues EV owners wouldn’t be contributing too.

According to Saskatchewan Government Insurance (SGI) across the province there are 403 registered EV owners. Data collected by SGI shows 45 per cent of those EV owners are in Saskatoon while 25 per cent drive in Regina.

On Saturday, around a dozen EV owners in Saskatoon gathered at Rotary Park and drove through downtown to make people aware of the EVs in their community, according to Jason Cruickshank, president of the Saskatoon EV Society.

“We’re very disappointed that (the government) introduced Canada’s first EV tax, especially when so many other provinces are looking at incentives for electric vehicles and increased fast-charging infrastructure on highways and roads,” Cruickshank said.

The province said it’s expected to collect around $60,000 from the 403 registered EVs, something Brian Kingston, president and CEO of the Canadian Vehicle Manufacturer’s of Canada said signals how this tax is being talked about too soon.

“There is a debate to be had and a discussion at some point around, ‘okay, how do we pay for road maintenance,’ but when Saskatchewan currently has around 400 EVs on the road, it’s not the time for that discussion, we’re still in the adoption phase, we can turn to that down the road once you’re seeing more people driving EVs and a reduction in the fuel surtax,” Kingston said.

Cruickshank said he was hoping the province would introduce more incentives to get more drivers behind the wheel of an EV, but instead, they were met with an added annual fee.

“It’s only on 400 vehicles, it’s only going to bring in $60,000 and we should be focused instead on incentivizing people to make the switch to electric vehicles,” Cruickshank said.