Saskatoon Jewish community 'disappointed, sad' after shipment of kosher food not delivered in time for Passover

SASKATOON -- The Saskatoon Jewish community is struggling to celebrate Passover as a shipment of kosher food didn't make it to the city on time.

"I was shocked, disappointed, sad, frustrated, all of those emotions came flooding," said Malvina Rapko, a member of the Jewish community.

Rabbi Raphael Kats of the Chabad Jewish Centre says he reached out to a Save-on-Foods manger months in advance to put together an order of kosher food so that the store would be prepared.

He said the manager was very forthcoming and could tell she really cared about getting the food in.

"We were disappointed to find out somewhere along the process, I think it was maybe three weeks before Passover, that the order wasn't coming because it was cancelled by somebody in head office," Kats said.

He said they placed another order and on Tuesday it was cancelled again.

Rapko emphasizes the importance of having kosher food for Passover as there are strict food guidelines that are specific to the holiday.

"It's almost like you can't celebrate it without the food, I mean you can, but oh my goodness that's not where we should be," Rapko said.

Matzah is an unleavened flatbread and is a staple element of Passover.

CTV News reached out to Save-on-Foods' head office and it responded by email saying it was a shipping issue rather than a cancellation as it has a special order going to 10 communities this year.

"Unfortunately the order destined for Saskatoon was left on the dock in Toronto, in error. Because the rest of the orders went, everyone thought the Saskatoon order was in transit but it wasn’t, and that wasn’t understood until just a few days ago."

In the meantime, Rapko used her connections with BBYO, a Jewish teen movement, to reach out to local chapters for help. 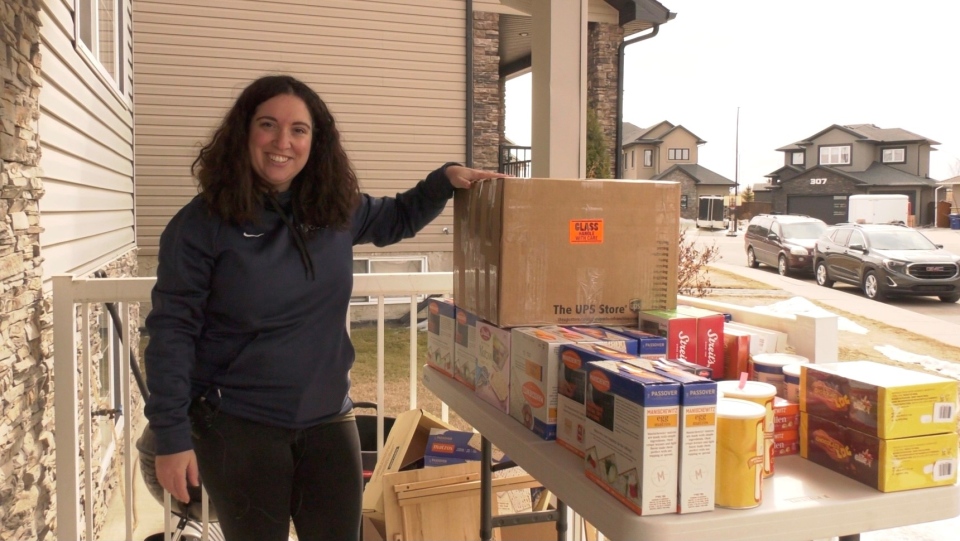 Jewish communities in Toronto, Vancouver, Calgary and Regina have been lending a helping hand by shipping food to the city.

Rapko and Kats are both hoping to raise awareness so that it doesn't happen next year.

"It's a terrible thing. This is the first time in 40 years I'm told, that we haven’t had Passover food here in Saskatoon," Kats said.

He said the solution going forward would be to either have a permanent ethnic aisle in supermarkets throughout the year, or during Passover.

Save-on-Foods said it is working to move goods to Saskatoon from another store in Calgary and is working with the community to communicate its progress.