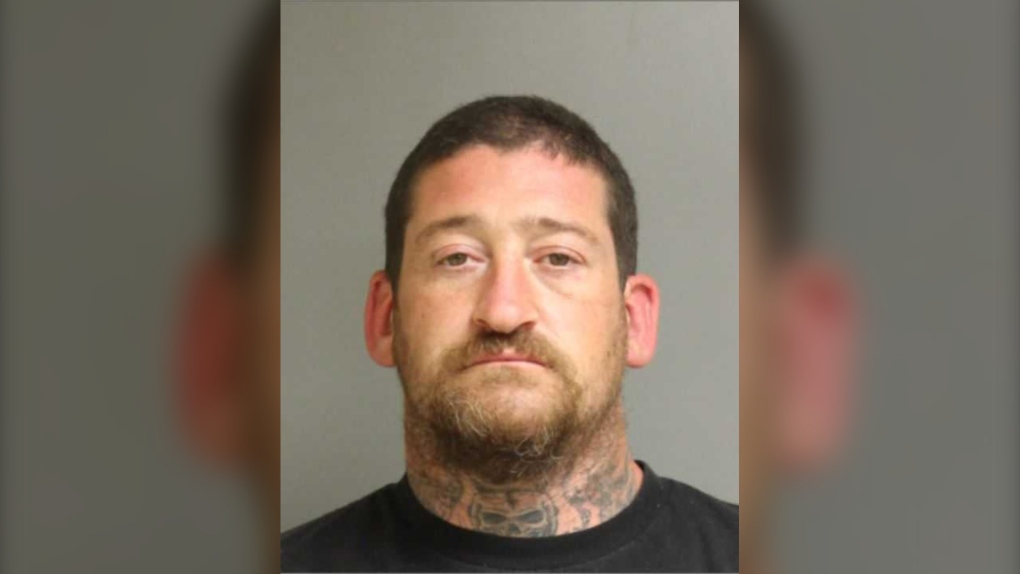 Saskatchewan RCMP have arrested Kurt Miller, 42, who was wanted on 25 outstanding charges stemming from an incident where an officer was shot.

Miller was arrested in Edmonton, according to a news release. RCMP members from the Saskatchewan Warrant and Enforcement Team (WEST), Moose Jaw RCMP and Saskatoon worked with the Alberta Law Enforcement Response Team in Red Deer to identify Miller’s whereabouts and were able to track him to Edmonton.

On November 3 around 10 p.m. RCMP WEST were doing patrols in Edmonton when they noted a man exiting a trailer and putting bags in a vehicle and then driving away.

“WEST stopped the vehicle along the intersection of 82 Ave and 105 Street. Officers located Miller in the rear seat and he was taken into custody. The driver and female passenger were also taken into custody and released shortly after,” the RCMP news release said.

“Approximately two mg of this substance is considered a lethal dose depending on a person's body size, tolerance and past usage. Our communities are safer because of this drug seizure and the dismantlement of this trafficking operation," says Superintendent Glenn Church, officer in charge of the Saskatchewan RCMP's new Saskatchewan Enforcement Response Team (SERT).

Strathcona county RCMP have taken over the drug investigation, according to the news release.

Along with his previous charges, Miller faces charges for trafficking, possession for the purpose of trafficking, and possession of equipment for use in production of a substance.

He is expected to appear in a Saskatoon court on Friday.

Warrants were issued for Miller after an incident in 2020 where Saskatoon RCMP executed a search warrant near Biggar. An RCMP member received non-life-threatening injures after suspects fired shots at the scene.

There was over $16,000 cash seized, along with several weapons, RCMP said.

Miller was charged with drug trafficking and 16 gun-related charges.

A powerful 7.8 magnitude earthquake rocked wide swaths of Turkiye and Syria early Monday, toppling hundreds of buildings and killing more than 1,300 people. Hundreds were still believed to be trapped under rubble, and the toll was expected to rise as rescue workers searched mounds of wreckage in cities and towns across the area.

Experts say the outlook for the loonie in 2023 largely depends on commodity prices, how the U.S. dollar fares, and whether central banks are successful in avoiding a major recession.

BoC's first summary of deliberations coming this week. Here's what to expect

The Bank of Canada is set to publish its first summary of deliberations Wednesday, giving Canadians a peak into the governing council's reasoning behind its decision to raise interest rates last month.

Beyonce sits alone atop the Grammy throne as the ceremony's most decorated artist in history, but at the end of Sunday's show it was Harry Styles who walked away with the album of the year honour.

Charles Kimbrough, a Tony- and Emmy-nominated actor who played a straight-laced news anchor opposite Candice Bergen on 'Murphy Brown,' died Jan. 11 in Culver City, California. He was 86.

Groups that advocate for seafarers are expressing concern for 11 sailors who are spending a harsh Quebec winter aboard three tugboats that have been detained for months in the port of Trois-Rivières.

An investigation that lasted almost two years has resulted in moose hunting violation convictions for six people and a lodge in Red Lake in northwestern Ontario.

The first battle tank from Canada destined for Ukraine lands in Poland, advocates come together to help sailors who have been stuck for months in a Quebec port, and Beyonce becomes the most decorated artist in Grammys history. Here's what you need to know to start your day.

The first of the Leopard 2 tanks Canada is donating to Ukrainian forces has arrived in Poland.