Elected in 2020 in Saskatoon Centre, Nippi-Albright recently shared a racist message she received. She calls this a “tipping point” for her.

“I’ve deleted so many messages that were racist because I didn’t want to engage in those discussions,” Nippi-Albright told CTV News.

She said she receives roughly six racist messages each month.

Nippi-Albright decided to say something about them when she realized the backlash correlated with a recent stance that is critical of the approach the province takes when it comes to the sale of Crown land. 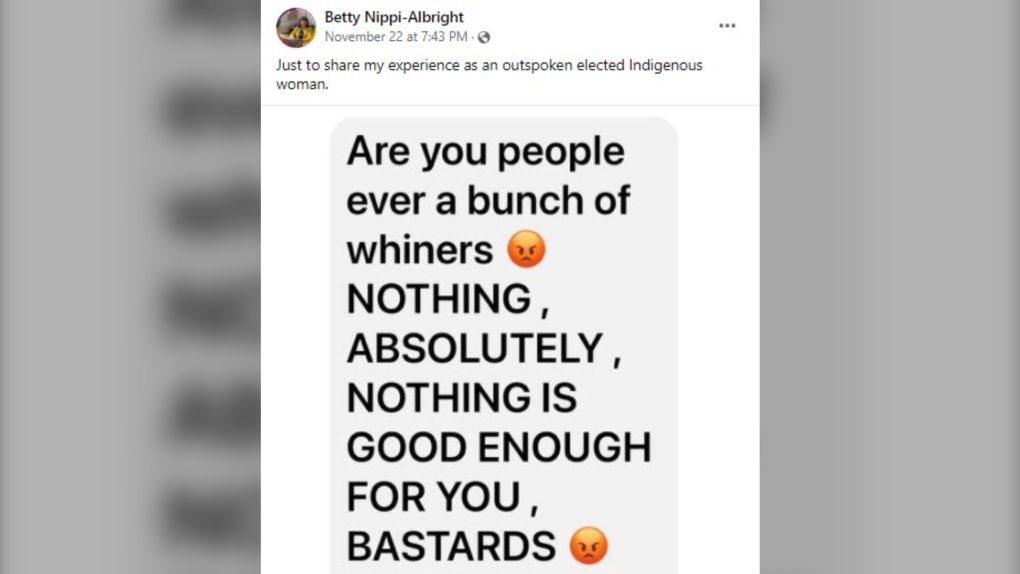 “I’ve been pretty vocal about the about Crown lands without meaningful consultation and the more vocal I become on that duty to consult, that’s where I’ve noticed I’m getting pushback and the racist comments coming up. That’s where I thought, I need to say something,” she said.

The fact that she’s a First Nations woman also plays a part in the backlash according to Nippi-Albright.

Rhonda Rosenberg, executive director of the Saskatchewan Multicultural Council agrees, saying some on social media think they have a right to make hurtful posts because not only is she Indigenous, but also because she's a woman which makes her “more open to attack.”

A good defence to this type of racist attack according to Rosenberg is for those who see the comments or posts, to stand up to it and call it out which can create a sense of solidarity.

Nippi-Albright is seeing that the negativity of the tweet she shared is turning into something very positive though.

“So when I see those posts of that encouragement from strangers, provincially as well as nationally, it gives me hope that I’m not the only one,” she said.

This isn't the first time Nippi-Albright has called out racism publicly since she was elected, in May she took to social media after racist insults were directed at her grandchildren.