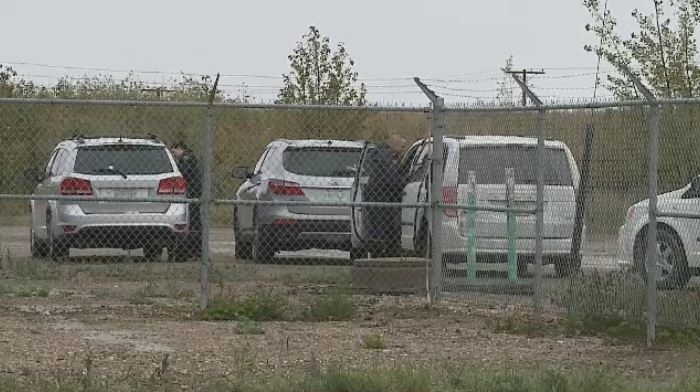 Johnathan Ryann Gunville is facing 18 charges in relation to the Amber Alert and two vehicle thefts that happened in the days following. He’s charged with abduction, unlawful confinement, abandoning a child, theft, evading police, driving with disqualified, failing to comply with a probation order and other changes.

The girl, who has epilepsy and autism, was in her car seat in her parent’s vehicle around 5 p.m. Sunday evening when it was stolen outside a strip mall at 11204 Railway Ave. in North Battleford, according to RCMP.

She was missing for more than 12 hours and was found Monday inside the vehicle in an industrial area in the southeast area of North Battleford. Workers in the area saw the vehicle hidden in some trees and called police.

Police say the investigation involved going through hundreds of hours of surveillance footage from more than 200 businesses to track the stolen vehicle’s movements.

Gunville has been remanded into custody and is scheduled to appear in North Battleford Provincial Court Monday.