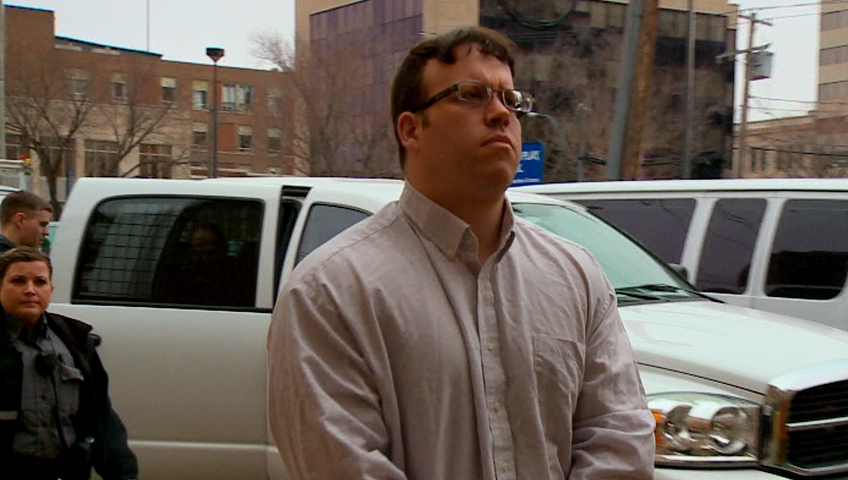 Douglas Hales is on trial for first-degree murder in connection with the 2004 disappearance and death of Daleen Bosse.

The defence lawyer for a Saskatoon man charged with killing a university student says RCMP exploited the accused's weaknesses to draw him into a police sting.

Bob Hrycan pointed out that his client Douglas Hales was an unemployed new father of a baby boy when undercover officers approached him.

The lawyer suggested that made it easier to buy Hales's unquestioning loyalty with money for fake jobs, the use of a car and gifts for his son.

Hrycan asked the officer who was the contact in the sting if Hales's financial reliance on the fake crime organization could have made him willing to admit to anything.

The officer testified Hales could have left at any time and it was impossible to know what he was thinking.

Hales is accused of first-degree murder in the death of Daleen Bosse. Bosse’s remains were found four years after she disappeared on May 18, 2004.

Her husband has testified that she was on her way to dinner with friends the night she was last seen alive. Bosse, who was 25, was beginning her fourth year as a student at the University of Saskatchewan where she was studying to become a teacher.

Hrycan also questioned in court Tuesday whether police knew Hales had substance abuse issues when they bought alcohol for him.

Court heard that within six days of meeting him, Hales told an undercover RCMP officer that he was one of his only friends in the world.

The Mountie was the first to make contact with Hales as RCMP set up a "Mr. Big" sting in May 2008. The objective was to make Hales believe he was joining a national organized crime group. Officers were trying to gauge if he had anything to do with Bosse's murder by suggesting they could help him destroy evidence.

The identity of the undercover officer is protected under a publication ban.