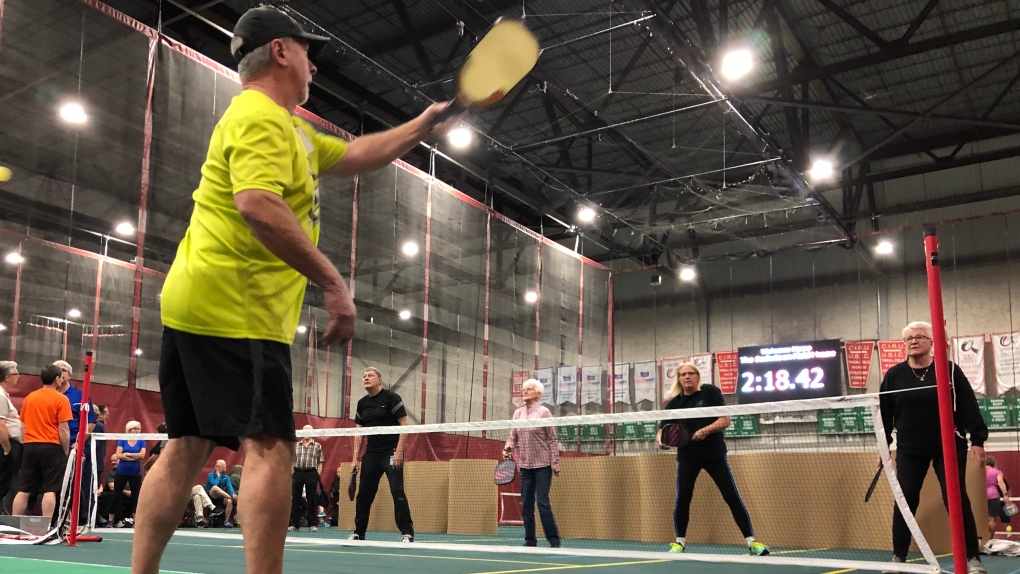 SASKATOON -- Pickleball may be a funny sounding name, but with the way the sport is expanding in North America, it’s no joke.

“They say it’s the fastest growing sport in the world, definitely in North America, and in Canada, already there are well over 10,000 players,” Marilyn Barrignton, the Pickleball Saskatoon Inc. VP said.

Pickleball Saskatoon hosted an open house on Sunday, allowing the public to come and give the sport a try for free to see if they want to get involved with the club.

Pickleball is a hybrid of a few popular racket sports, allegedly created out of boredom by a U.S congressman in the 60s. Apparently that same day is when the unique name also came about.

“He had his kids out at the lake and they were bored,” Barrington said. “He and his friends developed a game of pickleball on their driveway, and pickles was the dog that went and chased the balls.”

Since the 1960s, the sport has been spreading around North America and even other places around the globe.

Barrington said a big key in introducing the sport to Canada was snowbirds bringing the sport back with them after visiting places like Florida and Arizona.

Saskatoon Pickleball Inc. is looking forward to a big year in 2020. They have nine new courts being installed at Father Basil Markle park in Sutherland.

On top of looking forward to nine new courts, Saskatoon Pickleball Inc. will host a provincial tournament in June at the Nutana Curling Club.

The club currently has more than 300 active, playing members, but after a surprisingly large turnout at the open house they’re sure they will see many more join.

A membership is $15 yearly and includes memberships to Saskatoon Pickleball Inc. as well as Pickleball Canada.