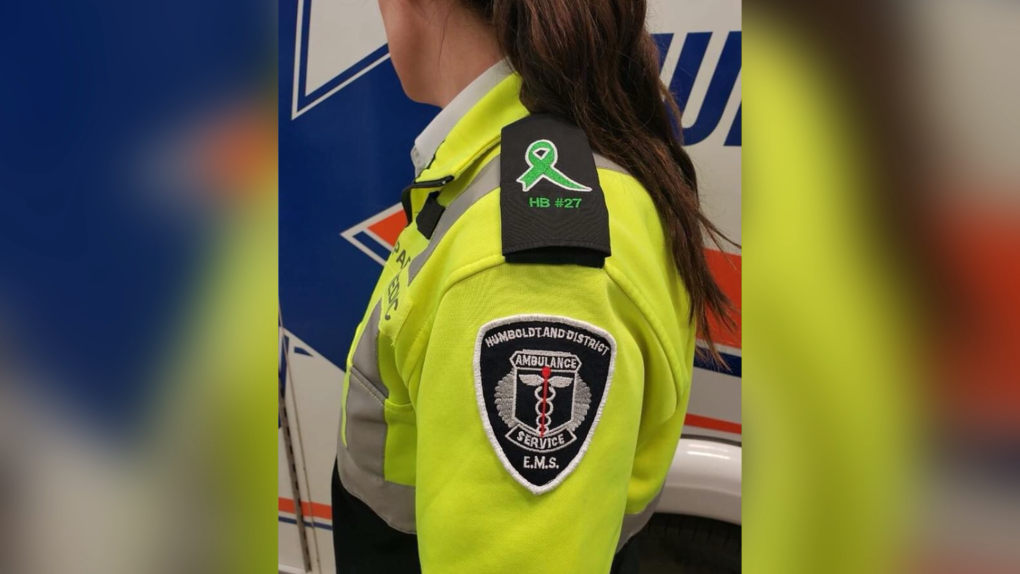 SASKATOON -- Paramedics in Humboldt have added a new badge on their uniforms to honour the life and legacy of Humboldt Bronco’s player Logan Boulet.

Boulet died from injuries suffered in a crash involving the Humboldt Bronco’s team bus and a semi-truck, and inspired a massive increase in organ donor registrations.

Boulet was among the 16 people killed in the crash, 13 others were injured.

The defenceman signed a donor card shortly after his 21st birthday. By his hospital bed, Boulet’s parents told doctors of their son’s wishes.

Six people across Canada benefited from his organs.

The rise in organ donor registrations was dubbed the “Logan Boulet effect.”

The Humboldt and District Ambulance Service said the new badge worn by paramedics on April 7, will honour Boulet's legacy and the impact of organ donations.

April 7 has been proclaimed Green Shirt Day by the Canadian Transplant Association.

Green Shirt Day was created to recognize all victims and families involved in the bus crash, and to continue Boulet’s legacy by registering as an organ donor, according to the association.