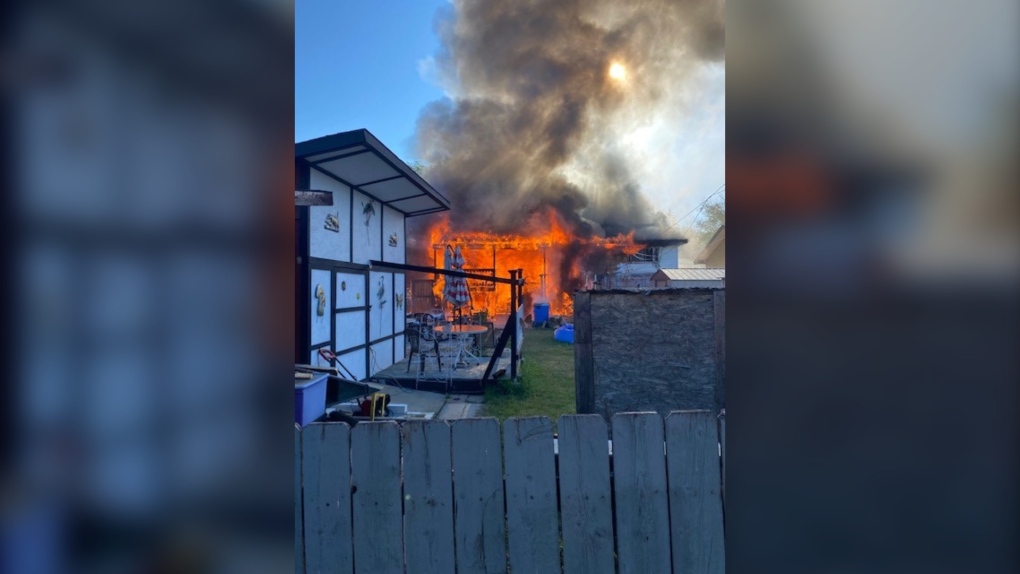 The Saskatoon Fire Department says accidental improper disposal of smoking material caused a Monday morning blaze where nine cats were rescued and $350,000 in damage was caused.

The Saskatoon Fire Department says accidental improper disposal of smoking material caused a Monday morning blaze where nine cats were rescued and $350,000 in damage was caused.

Firefighters were called to a home in the 1700 block of Avenue D North at 8:38 a.m. with reports of a house visibly on fire with heavy black smoke coming from the roof.

“Power lines were down and arcing from the fire. The natural gas line at the rear of the home was also involved in the fire,” a news release from the Saskatoon Fire Department said.

SaskEnergy arrived at 9:48 a.m. as firefighters cleared the area to allow natural gas technicians to stop the leak.

Two people inside the home were evacuated and one elderly man was treated for smoke inhalation and taken to the hospital.

The fire department said all nine cats were "reported to be doing well" upon their rescue.

McGill University says it is investigating one of its instructors who allegedly called for the death of people participating in anti-government protests in the streets of Iran in recent weeks.