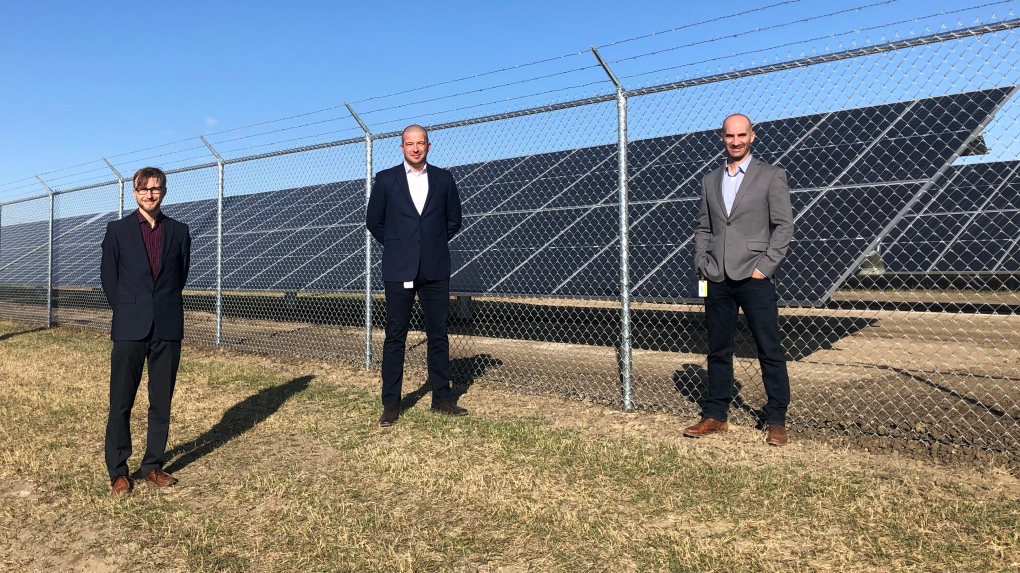 CNH Industrial partnered with the Saskatchewan Environmental Society (SES) Solar Co-operative to get the array of solar panels.

Over a year in the making, the panels will yield 400 kilowatts of power for the New Holland Agriculture facility on 71st Street. The solar panels will produce enough energy to power 70 households.

CNH Industrial says they are working towards reducing their carbon footprint and installing solar panels was a good start.

“Solar is a great option and SES and MiEnergy were great partners to push forward with that.”

“Thanks to the ongoing support of our members, the SES Solar Co-op has played a significant role in the growing movement in Saskatchewan towards a renewable energy tipping point. In this sunny province, we have the greatest solar resource in the country, providing us with a world-class opportunity to build resilience into our energy infrastructure for ourselves and future generations,” said SES Solar Co-op Vice President Michael Nemeth in a press release.

The panels purchased for Solar Co-op’s newest project will reside on the New Holland Agriculture site producing renewable energy for their operations and generating a return for SES Solar Coop shareholders through lease payments.

CNH Industrial says that for the 25 years they have these panels leased, they will offset 8 per cent of their total energy consumption off grid with non-renewable energy sources.

“Climate change still remains one of the most pressing matters in our generation and it is our responsibility as an industry to come up with ways to reduce its impact,” said L’Hoir.

The company says moving forward they hope there will be opportunity for expansion, and that other local communities will follow their lead.