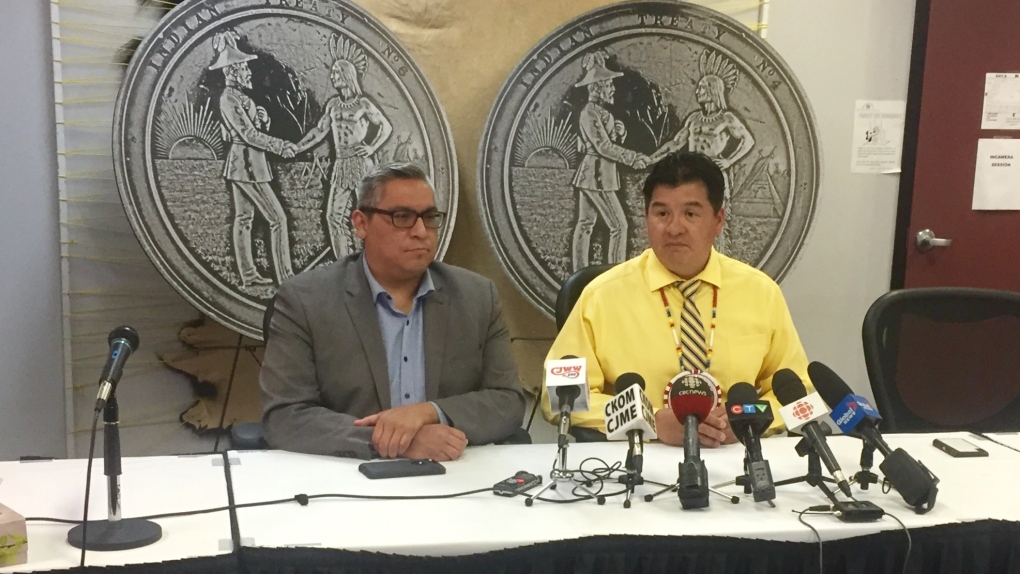 The FSIN hosts a press conference on Thursday, stating their disapproval for changes to Saskatchewan trespassing legislature. (Laura Woodward/CTV Saskatoon)

Saskatchewan passed legislation that says people must get permission from landowners before entering their properties.

Under the previous legislation, it was the landowner’s responsibility to post whether their property allowed people to trespass. Now, it’s the responsibility of the public to get consent.

“When land is unposted, when it’s not being utilized for cattle or agriculture purposes, First Nations can exercise treaty hunting, fishing, trapping and gathering,” Cameron told reporters on Thursday.

Landowners will be able to provide consent for activities, such as berry-picking and hunting, on their land through posted signs.

“The 1930 Natural Resource Transfer Agreement states clearly that we, at the FSIN, have a solid legal case,” the chief said.

Cameron said he is meeting with Saskatchewan chiefs to discuss how to proceed with legal action.

Justice Minister Don Morgan said the government met and consulted with groups before the legislation’s final reading passed on Wednesday.