'Enough is enough': FSIN calls on police to lay charges in wake of incident outside Saskatoon FreshCo

SASKATOON -- The Federation of Sovereign Indigenous Nations (FSIN) is calling on Saskatoon Police Service (SPS) to investigate and lay criminal charges after a security guard was caught on camera struggling with a woman outside of a FreshCo in the city last week.

Michael Seed, legal counsel with FSIN, said the video recorded on April 14 which shows the guard wrestling Annette Custer to the ground is difficult to watch.

He said she was treated "unfairly, violently and inhumanely” during a press conference on Tuesday morning.

The nine-minute-long video, widely shared on social media, shows a prolonged scuffle between the guard and Custer outside the 33rd Street FreshCo location.

Seed said Custer, who is Indigenous, deserves accountability as the incident was a traumatic experience, leaving her physically and psychologically injured and that it will impact her for the rest of her life.

“Nothing justifies this level of force,” Seed said. “Frankly it’s disgusting. It was the kind of assault that someone saw and felt the need to record.”

Custer attended the FSIN news conference held at Dakota Dunes Casino, but did not speak with reporters. 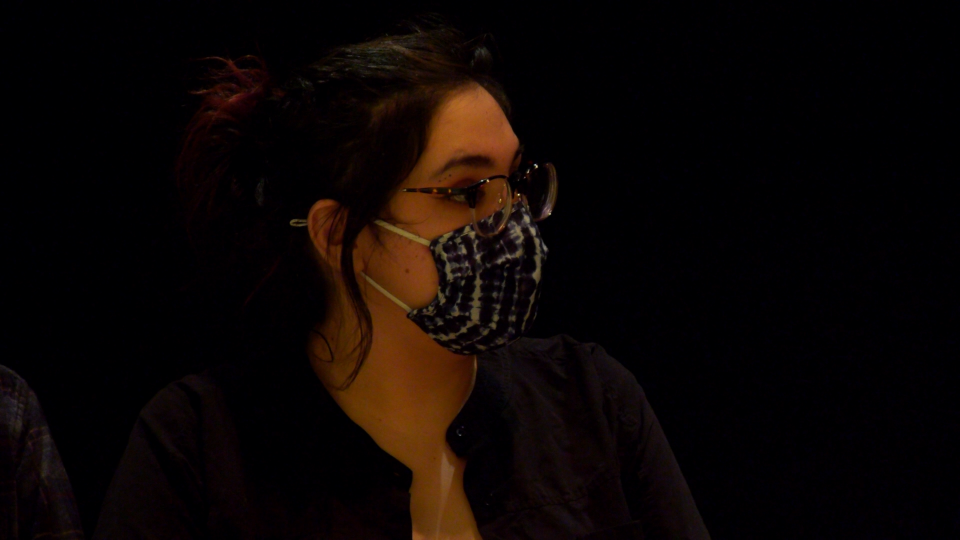 In an emailed statement sent on April 15, FreshCo, a discount grocery brand operated by Sobeys, said it had parted ways with the third-party security company the guard worked for.

The company said the guard's behaviour "is not tolerated or representative of our values."

Vice-Chief of FSIN Heather Bear said judging by what the video shows, "excessive force" was used and it’s not an isolated incident.

“This has to do with violence against women … we need to stand together and say enough is enough,” Bear said at the press conference.

Bear said she’s thankful for the person who recorded the incident but notes how many people stood back and didn’t come to help.

Vice-Chief David Pratt said the FSIN gets phone calls daily regarding different types of discriminatory instances in the province.

“This province has a real problem that needs to be seriously addressed … Saskatchewan has a racism problem,” Pratt said.

SPS previously told CTV News officers were called to the store on April 14 for reports of shoplifting.

SPS said a 30-year-old woman refused medical treatment, was taken into custody and charged with theft under $5,000.

A security guard suffered minor injuries, according to police.

On Tuesday SPS said the investigation into the incident is ongoing and that if it is deemed necessary, a Crown prosecutor will be consulted.