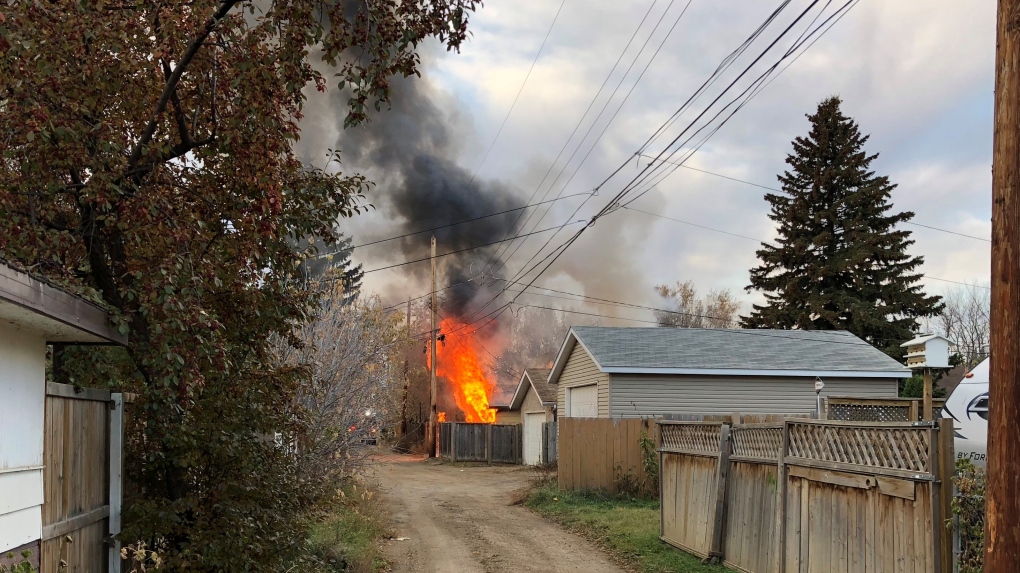 A garage caught fire in the 300 block of Whitney Ave. S. on the morning of October 19, 2019. (Courtesy: Saskatoon Fire Department)

SASKATOON -- Fire crews battled an early morning blaze that engulfed a garage in the 300 block of Whitney Ave. S. on Saturday.

Heavy smoke and flames could be seen coming from the back of the single car garage, which ignited nearby power lines and fences.

City light and power crews were called to help assist with the affected lines.

Parts of the garage’s walls were removed while crews tried to extinguish remaining hot spots.

No one was found inside of the garage and there were no injuries reported.

The cause of the fire is currently under investigation. Damages are estimated around $20,000.