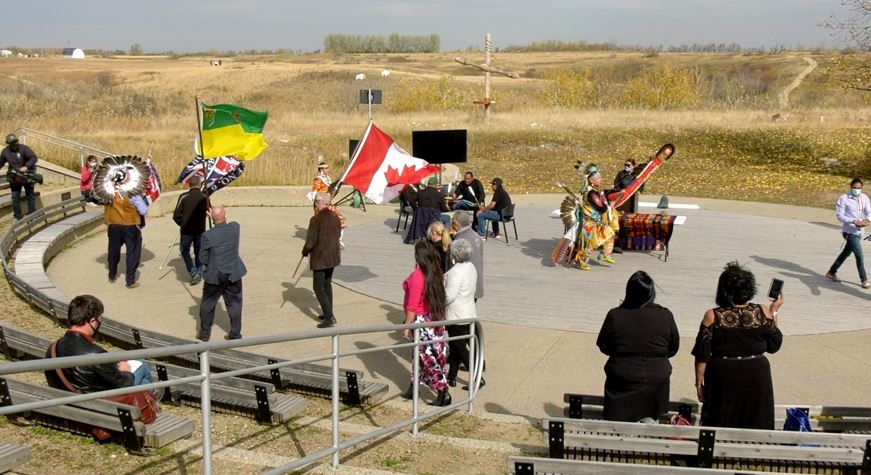 SASKATOON -- The provincial and federal governments have come together with First Nations leaders to support young Indigenous people struggling with their mental health.

That unification came in the form of a signed letter. It means those levels of government have committed to working with the Federation of Sovereign Indigenous Nations (FSIN) addressing the issue of suicide in Saskatchewan First Nations communities.

The signing took place at Wanuskewin Heritage Park Thursday afternoon with a representative from each party.

David Pratt, FSIN Vice Chief, said suicide is the number one cause of death in the north in Saskatchewan due to lack of services and supports.

Pratt says the FSIN hopes to address the issue with the help of the Canadian and provincial governments. He added that Thursday’s letter signing is just the first step, as the FSIN will be submitting a proposal to the Canadian government that focuses on building capacity at the community level and a five-year funding commitment.

All parties are hoping to create culturally-appropriate programming and consult with communities to see what type of approach would work best.

“It has to be community-based driven. It can’t be us trying to do one size fits all for all 74 First Nations,” Pratt added.  “I think it’s important that we recognize those differences. Not everyone’s protocols are the same, not everyone’s belief systems are the same. We have to respect that cultural component and our job at the federation will be to support each community as they develop how they want to move forward in a holistic way on suicide prevention.”

“It is essential that all jurisdictions work collaboratively to enhance the delivery of culturally appropriate mental wellness supports and effective interventions that respects Indigenous perspectives and guidance while promoting a better understanding about suicide and that offers support for suicide survivors of suicide, and for the families, friends and communities who have been impacted by a suicide attempt or loss.”

“Our response can’t come soon enough. We need to be aware of the effect that it’s got on families, on communities, communities across the province,” he said.

As of right now it hasn’t been determined how much government funding will go towards this project, but Pratt said he hopes it will be substantial enough to support all First Nations in the province.