A year after a triple homicide left a child dead and his sister seriously injured, a Sask. family works to heal

PRINCE ALBERT -- Nearly a year after the death of her seven-year-old son Bentlee, Heather Sumners says it’s been difficult to watch her children cope with the loss of their brother.

"It’s changed a lot, especially for my youngest son Alex. He was really getting a good bond with his brother and then out of nowhere he lost it," said Sumners.

When police arrived at the home of the children’s grandparents Sandra Henry and Denis Carrier on Sun. Mar. 29, 2020 they found the bodies of Henry and Carrier, both 56, and Bentlee.

Her father, 28-year-old Nathaniel Kenneth Carrier, is charged in their deaths.

He also faces an attempted murder charge for the harm done to Kendrah.

The girl spent the next two months in hospital.

"As soon as we got her home it was like a breath of fresh air, but then you realize that you lost a child. It was like we had a happy moment and then a sad moment at the same time. And it’s been up and down emotionally for everybody," Sumners said. 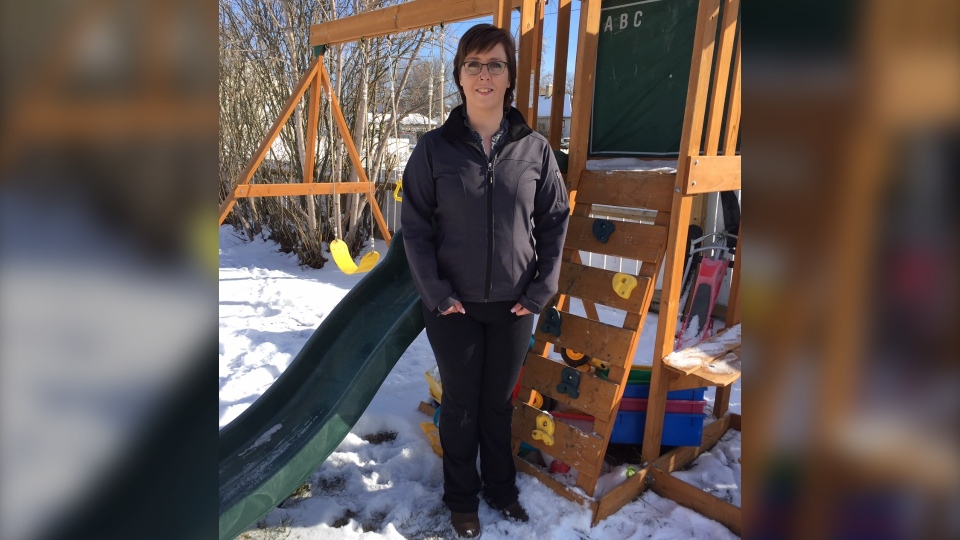 Heather Sumners at home by the play set they acquired for Kendrah upon her return from the hospital. (Lisa Risom/CTV News)

Kendrah has since returned to school and had a tracheotomy tube removed and is doing well Sumners said.

"She’s just a bright light to everybody. She’s been our rock."

A memorial service hasn’t been held for Henry and Denis Carrier.

A public balloon release outside of the Lake Country Co-op Grocery Store is planned for Sun. Mar. 28 to commemorate the victims of the tragedy.

"It will be one of the happier moments in the last year, just remembering all good moments and releasing them into the air," said Sumners who is looking forward to the event.

Balloon sales will start at 12:30 p.m. with a balloon release to follow that afternoon for people who want to participate.

The proceeds from the balloons and silver collection will go to help Henry and Carrier’s children Jessie Carrier and Denis Junior Carrier.

"Hopefully it helps Jessie and Denis Junior get a little more closure as well," said Sumners.

Henry worked at the grocery store and her former coworkers are helping with the release.

The case is in the hands of Prince Albert’s Court of Queen’s Bench.

Carrier is currently represented by an appointed legal aid lawyer.