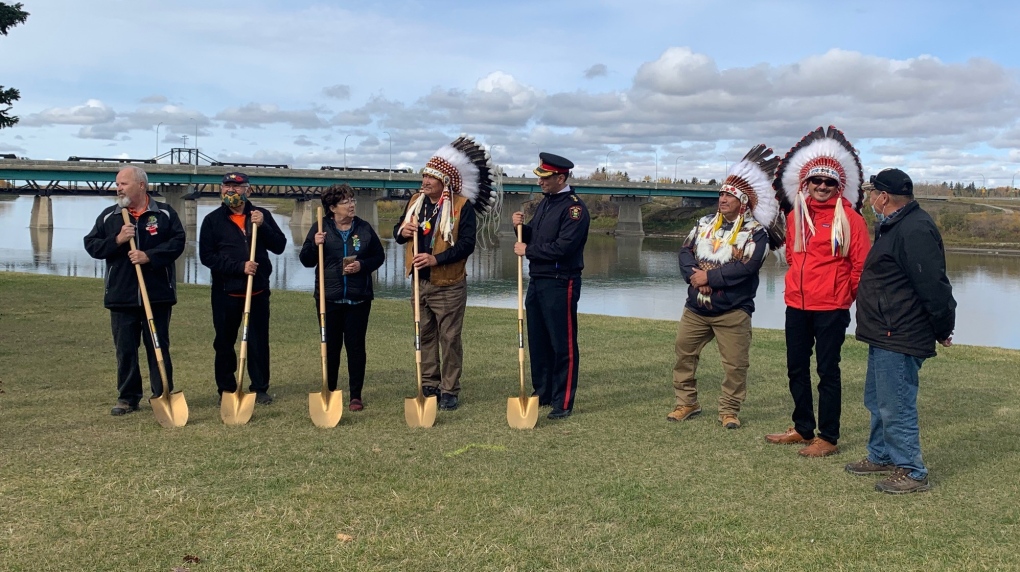 The Sisters in Spirit monument is expected to be installed in May­. (Jayda Taylor/CTV Prince Albert)

PRINCE ALBERT -- The Prince Albert Grand Council (PAGC) and its partners have broken ground on a monument meant to honour missing and murdered Indigenous women and girls (MMIWG).

The Sisters in Spirit monument is expected to be installed in May­.

It will consist of benches for people to gather and honour their loved ones, especially during the annual Honouring Our Brothers and Sisters Memorial Walk.

“We started our walk when we read the report from Amnesty International on the number of missing and murdered Indigenous women … in Saskatchewan and we were just alarmed with the stats and we said ‘We’ve got to do something, we have to bring awareness,'” said Shirley Henderson, chair of the PAGC Women’s Commission.

The commission is leading the project in partnership with the City of Prince Albert and the Indian and Metis Friendship Centre.

“During our walks, some of the comments we had is that people were happy to get together with one another and discuss their various situations with missing and murdered brothers and sisters,” Henderson said.

“They can come here and it’s a place that they can gather and talk and pray and smudge.”

The cultural space will be located along the riverbank near River Street West and First Avenue West.

Henderson said the site will also create awareness for MMIWG, an issue of continuing importance throughout Saskatchewan.