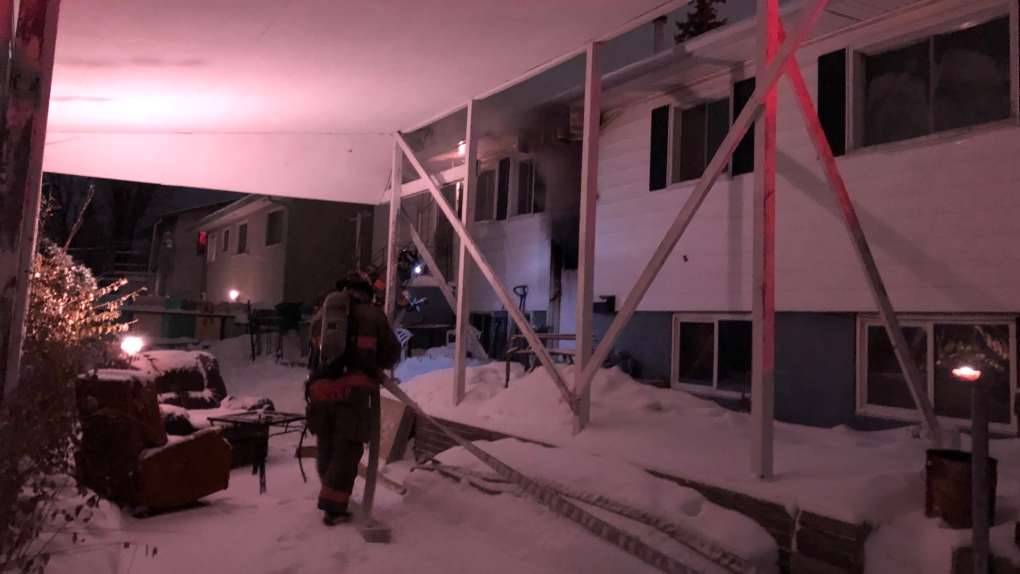 SASKATOON -- A house in the city's Meadowgreen neighbourhood was heavily damaged in a fire late Thursday night.

The Saskatoon Fire Department received a 911 call at 10:40 p.m. reporting the fire in the 300 block of Avenue Y, a news release said.

Upon arrival, fire crews entered a lower suite of the 4-plex with a handline to search for anyone who might be inside and locate the source of the fire.

It was later confirmed the two people inside had exited the home safely before fire crews arrived, the department said.

The fire was brought under control in 14 minutes and caused an estimated $50,000 in damage to the home, according to the department.

One person was treated by firefighters and paramedics and taken to hospital by ambulance.

The department said smoke alarms had been removed from the building which caused a delay in evacuating the home and may have contributed to injuries.

The cause of the fire is still under investigation