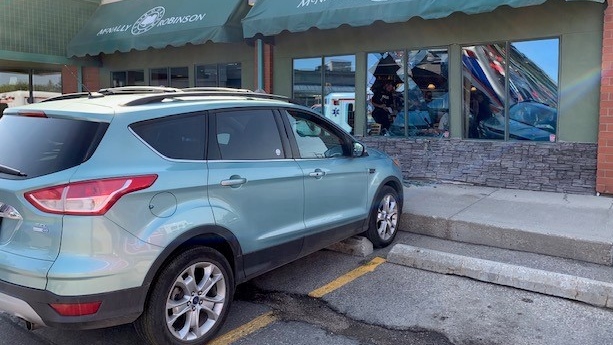 SASKATOON -- There were minor injuries reported after a van crashed into a Saskatoon bookstore and restaurant on Friday.

The incident happened around 10: 30 a.m. 3100 block of Eighth Street East according to police and the fire department.

A van crashed into a wall McNally Robinson leaving restaurant patrons who were inside "shaken up" but uninjured, according to police.

A ticket was issued for driving without due care and attention, police said.