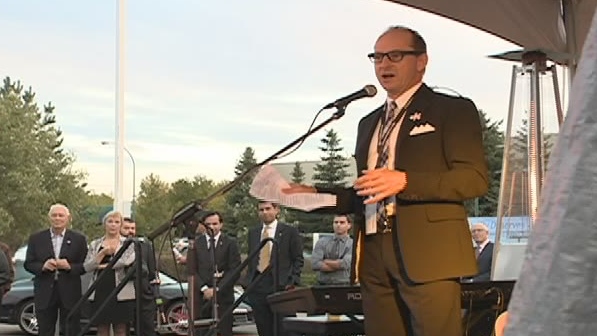 Vaughan Wyant and his family are contributing $1 million to the Remai Art Gallery of Saskatchewan fundraising campaign.

The Remai Art Gallery of Saskatchewan has received another big financial boost.

The Vaughn Wyant family announced a $1-million donation to the capital fundraising campaign for the art gallery.

The announcement was made Wednesday during the grand opening of Wyant’s new Porsche car dealership in Saskatoon.

Doug Hodson, chair of the art gallery fundraising campaign, says the donation enables the campaign to reach its goal of raising $20 million for the project.