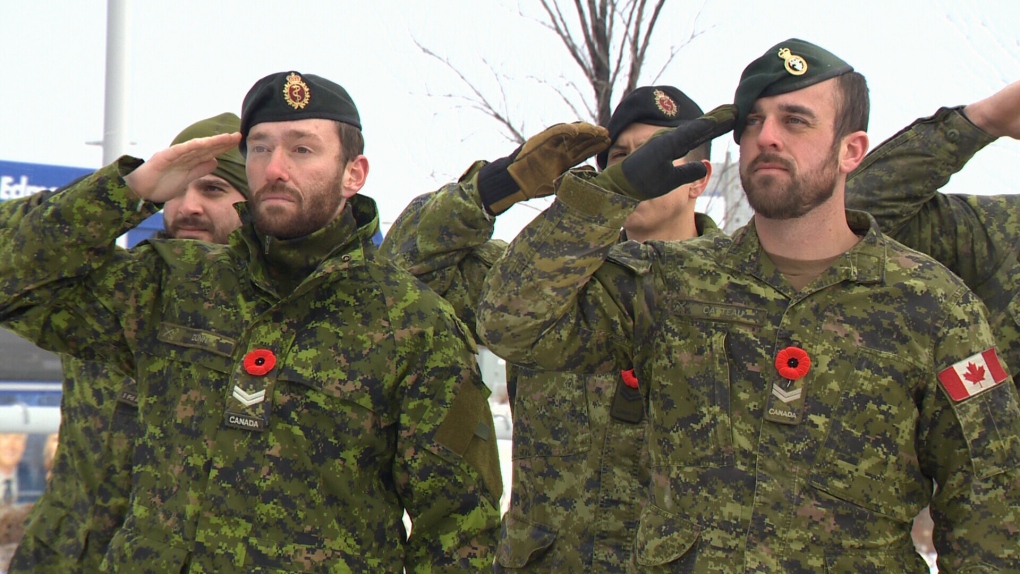 The Canadian Armed Forces says it's prepared to support Saskatchewan with up to six critical care nursing officers, who it says will be deployed to intensive care units.

The military also says it will provide medical air transport for in-province and out-of-province critical care patient transfers, as capacity allows, and may also supply a pair of Multipurpose Medical Assistance Teams to backfill the province's nurses.

Blair also noted that Ottawa is also in talks with the province to provide additional help from the Canadian Red Cross and other health resources.

Saskatchewan reported Sunday that it transferred an additional patient to another province as its hospitals remain strained due to a surge in COVID-19 cases, making for a total of eight patients it has transferred out of province so far.

The military says it is expecting to support Saskatchewan until Nov. 17, but is prepared to extend that date if necessary.

"We are currently working with provincial authorities to ensure these medical professionals will be employed in the best possible location based on the needs of the people of Saskatchewan," a statement from the military over the weekend said.

The statement said military personnel will only be employed at medical facilities after completing mandated training for their integration.

Data from the Saskatchewan Health Authority for this month shows Saskatchewan had the most residents in intensive care units per capita than any other province at any point in the pandemic.

The SHA said Sunday that 285 COVID-19 patients are hospitalized, including 74 in intensive care. Those numbers do not include the patients who have been transferred out of the province.

Active cases on Sunday in Saskatchewan were at 2,963, down considerably from a month ago when the stood at 4,734 on Sept. 24.

This report by The Canadian Press was first published Oct. 24, 2021.