Meili to supporters after NDP defeat: 'Don’t give up!' 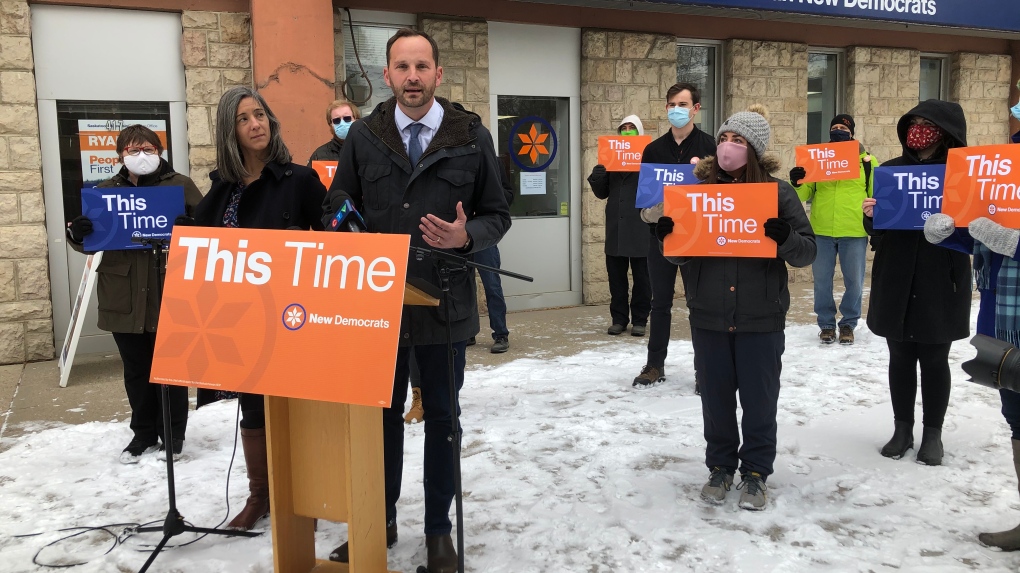 SASKATOON -- NDP leader Ryan Meili gave a hopeful message Tuesday afternoon despite his party being projected to lose ground in the Legislature.

“There are still thousands of ballots to be counted tomorrow. We are hopeful that we will be returning to the legislature with a few more new faces once all the votes are in,” he said on Twitter.

CTV News projects the NDP to win 11 or 12 seats once mail-in votes are counted. The party previously held 13 seats.

Meili is in jeopardy of losing his own seat, Saskatoon Meewasin. As of Tuesday afternoon he trailed the Sask. Party’s Rylund Hunter by 83 votes.

“We were able to let people all across this province know they didn’t have to settle with the way things are, that they could vote for a government that cares about them, that understands the challenges they’re facing. A government that would put people first,” Meili also said.

“And though we fell short of our goal, so many people did vote for that change. They voted for something better. They voted with hope for the future. And they voted in the middle of a pandemic, in such an uncertain time for our province and the world.”

University of Saskatchewan political scientist Greg Poelzer said the NDP had taken a centrist position in the two previous elections and in 2020 activists wanted a more left-wing campaign.

“Ryan Meil offered something more to the left, and that also got rejected so it's going to be a difficult path. Where does the NDP go from here?"

CTV News election panelist Jim Farney, head of politics and international studies at the University of Regina, noted Saskatchewan is Canada’s most conservative province and that the NDP “ran as a much more robustly social democratic party” than it did in the two previous elections and even when it formed government in the 1990s under Roy Romanow.

With files from Nicole Di Donato