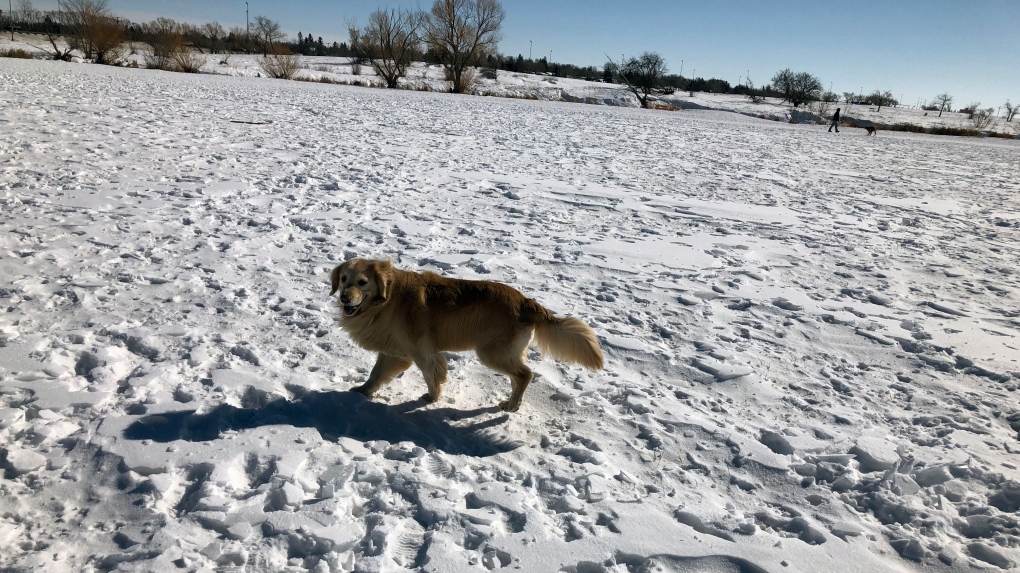 A dog uses the off-leash park in Regina

SASKATOON -- Professional dog walkers in Saskatoon are asking City Council to reconsider limiting the number of dogs a person can take to an off-leash dog park in the city.

"If I am limited on the number of dogs I can walk at a time it will greatly reduce my income, which may force me out of business," Lynsay Haanstra wrote in a letter to council.

On Monday, city councillors and the mayor will review recommendations from the city's administration calling for changes to the Animal Control Bylaw.

The city reviews the bylaw every two years and following consultations with six organizations including Saskatoon Animal Control, Saskatoon SPCA, a dog park ambassador and a member of the general public, the administration submitted a list of recommendations.

One recommendation is to limit the number of dogs per person to four. The administration's report says "a frequent concern heard by the administration is the timing of response by an owner to inappropriate behaviour.

"The Saskatoon Animal Control Agency has stated owners who bring more than four dogs are less likely to maintain voice or sight command, to remove all the dog's defecation, and manage a dog's behaviour in a timely manner," the report states.

However this limit can make it tough for professional dog walkers to service all clients, according to Haanstra.

"I usually walk 12 to 21 dogs per day (groups of six to 11) … I always follw city bylaws, keep the dogs in view at all times and remove excrement promptly," Haanstra wrote in her letter to council. "I am greatly concerned, since I am a single mother of two small children."

"The four dog per person rule will make it impossible to make a living at current rates," wrote Rick Deitner, another professional dog walker. "Increasing rates will hurt my clients, many of which cannot exercise their dogs as needed due to work schedules, illness and injury."

Donna Wasden wrote to council, asking it to oppose the move before "crippling a person's livelihood and affecting their overall daily lives. Not everyone wants an office job," Wasden wrote.

"I have been sending my dog on group walks for over two years now," Olson wrote. "To place a four dog per walker limit would put suffering on the dog owners and dogs who have relied on this service to get those extra walks in while owners are away at work."

Council will also look at implementing a three-strike policy for problematic dogs at an off-leash park. The administration's report states there are concerns around repeated violations of the prohibited nuisance behaviour. The proposed amendment seeks to prohibit a dog found to be guilty of three or more nuisance behaviour violations from entering off-leash areas.