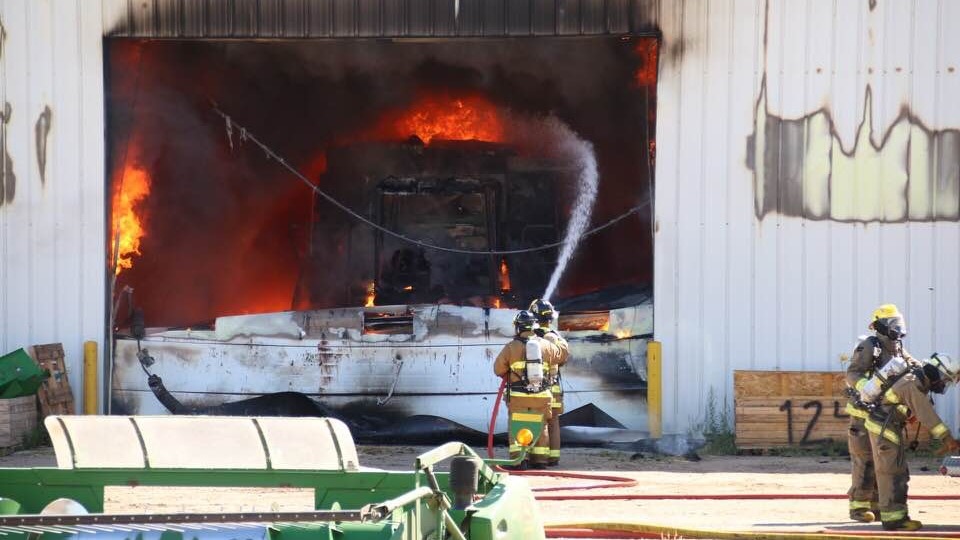 Emergency crews from other communities were called to Rosthern, to try and save as much equipment from the fire. (Courtesy: Peter Baran)

A fire at one of the largest employers in Rosthern has caused an estimated $20 million in damage, according to the local fire department.

Sean Nicol, a resident who witnessed the fire, said the flames eventually reached at least twice the height of the two-storey structure and explosions could be heard every few minutes as the blaze grew in intensity.

Fire departments from other communities were called in and company workers tried to salvage as much equipment and material as possible.

The Rosthern Fire Department said the fire started on the south side of the John Deere dealership building, but the cause is unknown.

There are no reports of injuries and the fire was under control by about 3 p.m.

— with files from The Canadian Press