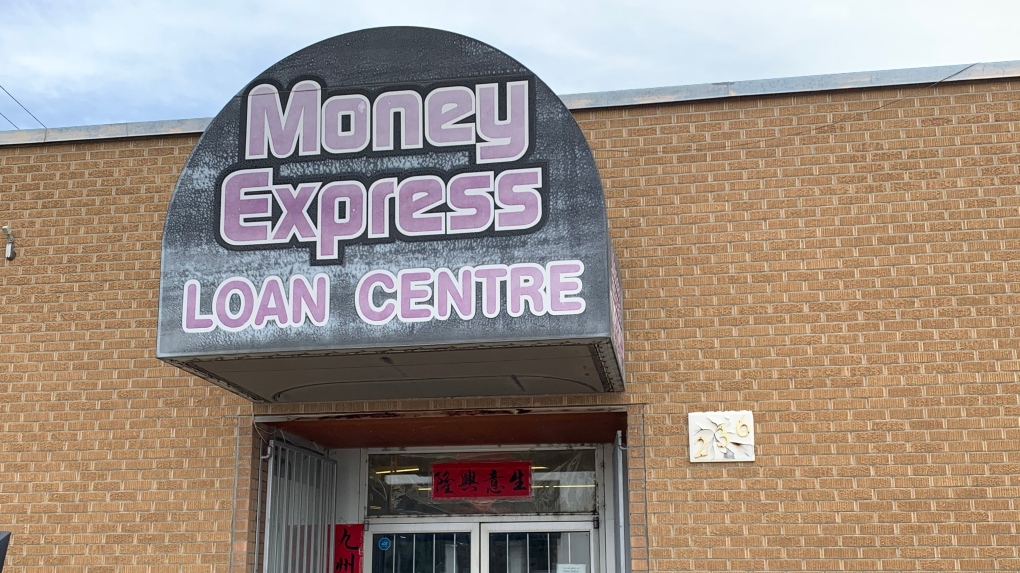 A machete-wielding man allegedly broke into a display case and stole a box of rings at Money Express on Thursday, May 21.

Around 10:40 a.m. officers responded to a business in the 200 Block of 20th Street West after a report of a robbery, Saskatoon Police Service (SPS) said in a news release.

According to police, a man had come inside the store armed with a machete.

Once inside, the man broke open a display case and fled with a box of rings, police said.

The suspect was wearing a black sweater with white writing on the front. The sweater had a large white and grey design on its back, according to police.

The man was also wearing a black, flat-brimmed hat with white writing on the front, black pants and black shoes, police said.

Anyone with information about the alleged incident is asked to contact SPS or Crime Stoppers.