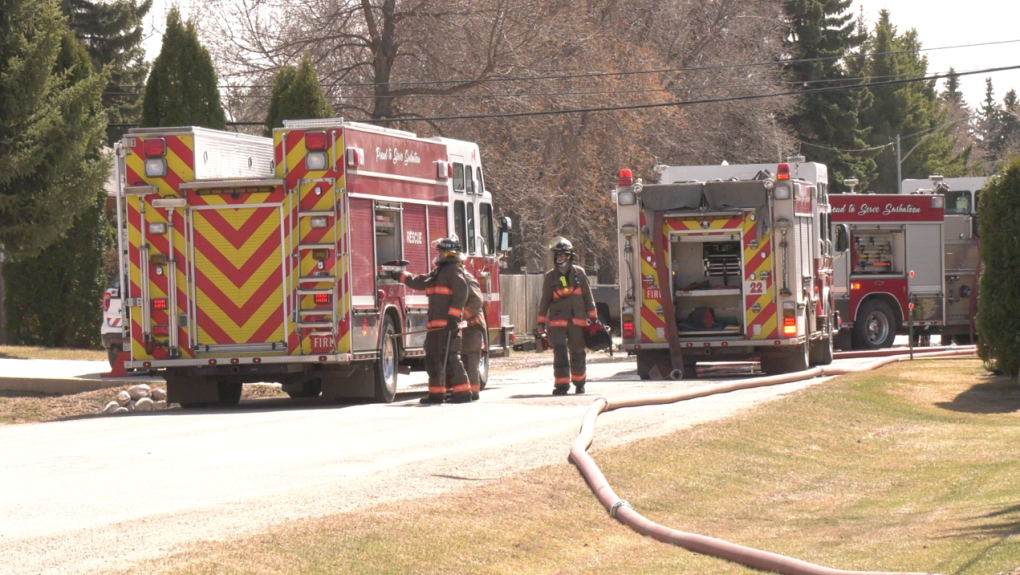 The Saskatoon Fire Department responds to a single detached garage fire in the 1500 block of Lancaster Boulevard on April 17, 2021 (Miriam Valdes-Carletti/CTV Saskatoon).

SASKATOON -- A man has suffered minor burns from a fire in the Montgomery Place neighbourhood Saturday afternoon, according to the Saskatoon Fire Department.

In a release sent out Saturday, the fire department said crews were called to the 1500 block of Lancaster Boulevard at about 12:30 p.m. for reports of a detached garage on fire.

While on route, firefighters noted heavy black smoke in the Montgomery neighbourhood. The first arriving commanding officer reported a single detached garage fully engulfed in flames and impinging on a neighbouring home and overhead power lines, the release said.

The fire department said crews were able to prevent further exposure to neighbouring structures and got the fire under control in about 14 minutes.

Saskatoon Light and Power as well as SaskEnergy were called to attend due to downed power lines.

The man with the minor burns was treated by paramedics on scene, the release said.

The fire investigation has concluded.

The fire was deemed accidental due to welding being performed. Damage is estimated at $100,000, according to the fire department.