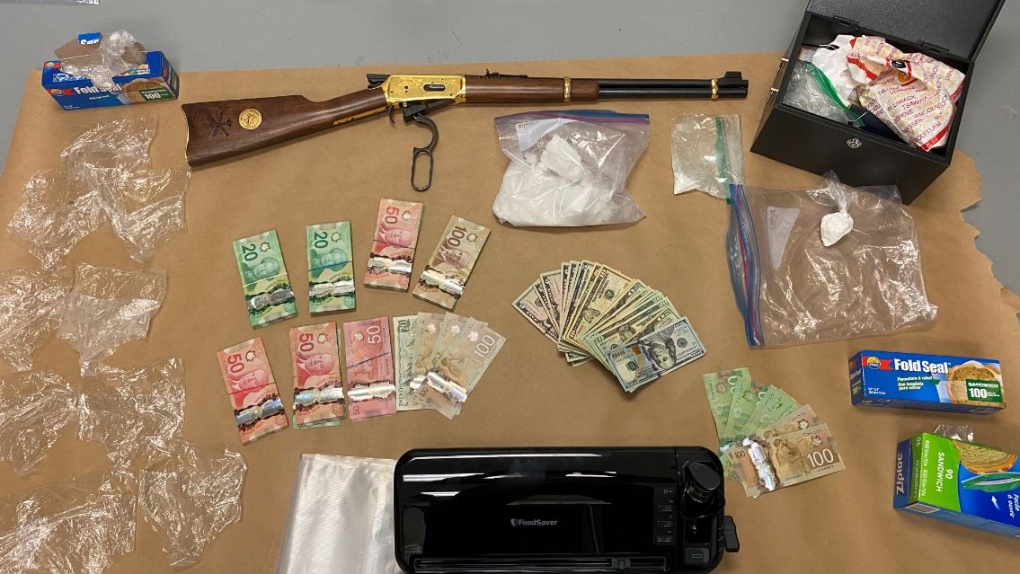 Police say they seized 300 grams of cocaine packaged in both bulk form and for distribution, $7,865 in cash and a Winchester rifle. (Credit: Saskatoon Police Service)
SASKATOON -

A 46-year-old man has been taken into custody and is facing several charges related to drug trafficking activity in Saskatoon.

On Wednesday, just after 2 p.m., the man was taken into custody near a business in the 1300 block of Clarence Avenue, according to a police news release.

The release also stated that search warrants were executed at two homes in the 100 block of Levalley Cove and the 800 block of Mendel Crescent.

Police say they seized 300 grams of cocaine packaged in both bulk form and for distribution, $7,865 in cash and a Winchester rifle.

In addition, a 2018 Dodge Ram and a 2011 Nissan Maxima were also seized as offence related property.

Some of the charges the man is facing include unauthorized possession of a firearm and possession for the purpose of trafficking in cocaine.

The Saskatoon Crime Reduction Team had been investigating the drug trafficking activity in the Stonebridge area for three weeks.