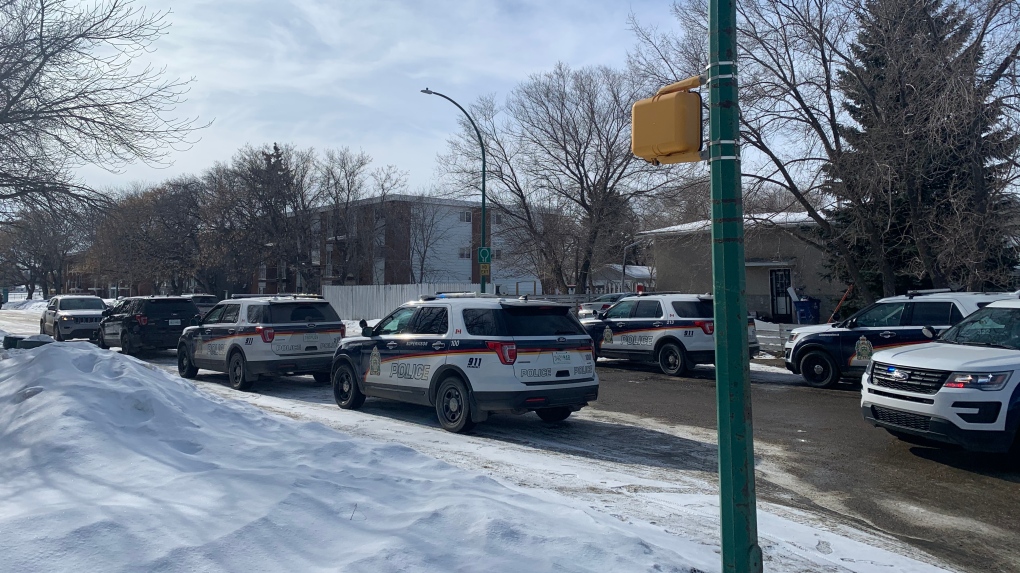 SASKATOON -- Three people have been charged after an incident that prompted police to surround an apartment building in the city's Massey Place neighbourhood.

Around 9:45 a.m. on Monday, officers responded to an alleged break and enter in progress at the building in the 1100 block of Avenue W North, according to Saskatoon Police Service (SPS).

It was also reported that firearms may have been inside the apartment, SPS said in a news release.

Members of the SPS tactical support unit and crisis negotiation team attempted to communicate with the man for more than four hours, according to police.

At one point during the standoff, an officer could be seen breaking a window and firing "pepperball" rounds into the apartment unit.

In its news release, SPS said that after the man refused to exit, "less-lethal force" was used, allowing officers to enter the suite.

After police entered the apartment, the man sprayed pepper spray at the officers before he was taken into custody, SPS said.

No one was injured, according to police.

That man is facing seven charges, including four counts of assaulting a peace officer with a weapon and being unlawfully in a dwelling.

A 40-year-old man and a 31-year-old woman are also facing charges related to their alleged presence in the apartment.

The woman is also charged with a breach of court conditions.

With files from Dan Shingoose.