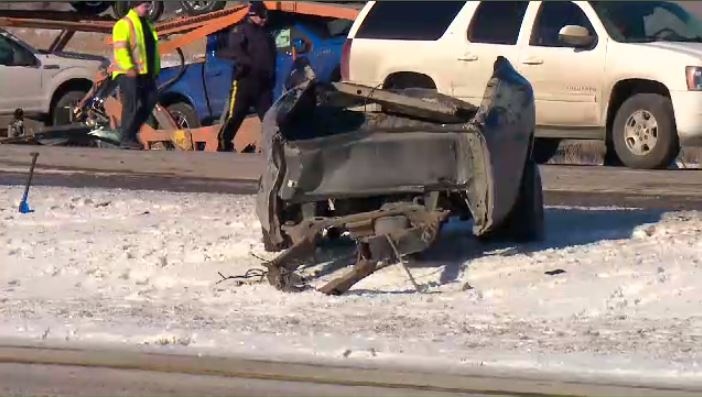 Justice Mona Dovell should not have allowed the data recorder from Robert Major’s truck to be admitted as evidence, Major’s lawyer argues in an appeal of his conviction.

“The learned trial Justice should have found a privacy interest in the Appellant’s Event Data Recorder evidence as it was seized without warrant,” Brian Pfefferle wrote in the appeal filed Thursday.

He was sentenced to seven years in prison win an eight-year driving ban following his release.

On Feb. 22, 2016 Major and six passengers were in a 2012 Dodge pick-up that T-boned a semi-trailer at the intersection of grid road 3083 and Highway 16. Three of Major’s six passengers died including Major’s 26-year-old girlfriend Kimberly Oliverio and two of Major’s sons - Brendan, four, and Theodore, nine.

Green determined the cause of the crash was Major’s excessive speed and the fact that he did not have enough time to react to oncoming traffic and avoid a collision.

Among other reasons, Pfefferle says in the appeal that Dovell “correctly found that Ret. Cpl. Green could not testify as an expert as it related to the Event Data Recorder but erred in law in nevertheless permitting this data to be admitted and considered by the Jury without any foundation or limiting instructions.”

Dovell erred in allowing statements Major made to “a person in authority” without conducting a voir dire (a trial within a trial) on them, Pfefferle argues.

She also erred in her instructions to the jury, he says.