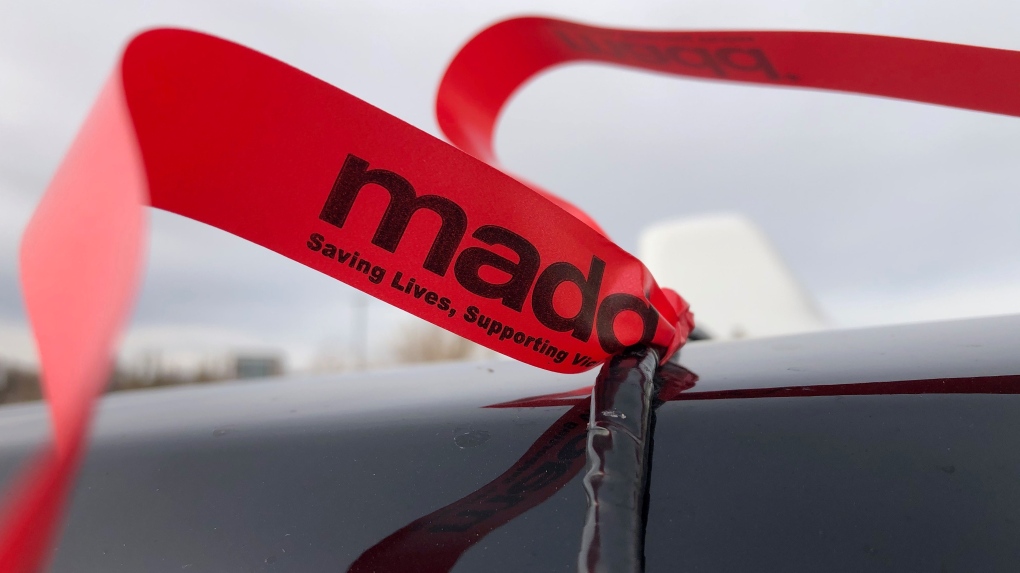 SASKATOON -- The Saskatoon chapter of Mothers Against Drunk Driving (MADD) is once against encouraging individuals who choose to celebrate the upcoming holiday season to plan for a safe ride home.

“Even though the usual parties and celebrations may be limited this year due to the COVID-19 pandemic, the holiday season is still a time of high-risk for impaired driving,” MADD stated on its website.

From now until the beginning of January, MADD Saskatoon and other chapters across the country will distribute thousands of red ribbons and red ribbon car decals for Canadians to display on their vehicles, reminding them and other not to drive impaired.

“Its simply unacceptable to drive while impaired by alcohol or a drug,” said SPS Chief Troy Cooper.

The Saskatoon Police service said in 2019, Saskatchewan saw the least number of deaths and injuries linked to impaired driving for the first time In decades.

Lou Van de Vorst, vice-president of MADD Saskatoon, said he hopes with continued education on the topic, the numbers of impaired driving incidents will go down even further.

Van de Vorst’s son and family died in 2016 in an impaired driving incident.

“I think it’s a right for everybody to be able drive safe on highways wherever you’re going. That right was taken away from my son in that accident,” Van de Vorst said.

Van de Vorst said he hopes this campaign will bring awareness to impaired driving so no other families have to experience what he went through.

“The big goal is to get through the holiday season where everybody is safe."