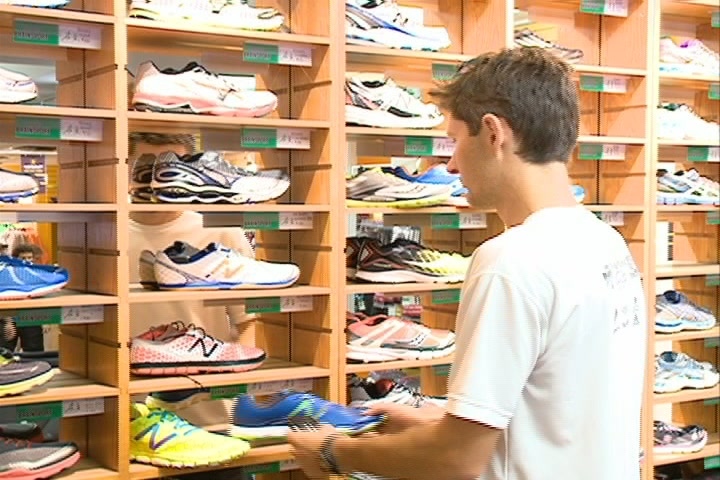 So when the opportunity to train with athletes in Kenya came up, he jumped at the chance.

"...when I was lucky enough to train in Kenya, my host asked if i could bring some new or used running shoes."

The shoes help developing athletes hone their skills, like Asbel Kiprop, who once  wore running shoes from this Saskatoon initiative.  Now he's an olympic medalist.  And just last week he won the men's 1,500 meter race at the world championships in Moscow.

"...We trained with this youngster named Asbel Kiprop” Said Warick. “He was this raw gangly kid and we weren’t' sure what he was going to amount up to.  Well, two years later he won at the Olympics."

Almost ten years after they first began collecting shoes, the store now has to empty it's donation box multiple times a week to keep up with the flood of running shoes they get from the community.

Eric Mueller with Brain Sport says the staff at the store take pride in the difference the program has made to the lives of young athletes in developing countries.

"That's awesome for someone that huge now to start from a pair of shoes from us is pretty incredible."

Aspel Kiprop has since handed in his second hand pair of shoes he got from the donation program at brain sport.  The staff here at brain sport are still enjoying watching the athletes rising career.