'Like a tsunami had hit': Saskatoon woman pleas for return of father's ashes and guitar

A Saskatoon woman is making a public plea in hopes of having some sentimental items returned after they were stolen from her condo in the College Park neighbourhood on Friday.

Karen Malanowich said she spent the morning and afternoon with her mother and returned home around 3:45 p.m. That’s when she and her 12-year-old great-niece discovered the front door open and her home broken into.

“Instantaneously, I just went into a panic mode and kind of ran into my place and it was almost like a tsunami had hit my place,” she told CTV News.

Malanowich said her kitchen was covered in corn starch and other food items, and clothing was scattered all over the floor, with cupboards and drawers left open.

“Just a lot of shock that somebody would go through all of your belongings. They went through every drawer, through all my closets, through my storage unit.”

The most shocking discovery though was that her father’s ashes and the Montana guitar he used to play were among the things stolen.

Malanowich said a cross from her grandmother, a flower her father welded her, his compass and some of his gospel CDs were also taken.

“I understand the things that you can go and sell easily, but some of the articles they took were just more personal and they only had meaning for me and my family.”

Malanowich said the timing made it even more difficult as her father died in January four years ago.

“My dad touched a lot of lives. He sang gospel music, he went to gospel jamborees … My dad was really a person in the community and he always gave back to the community, so I’m really hopeful that people will try to help us find some of his belongings.” 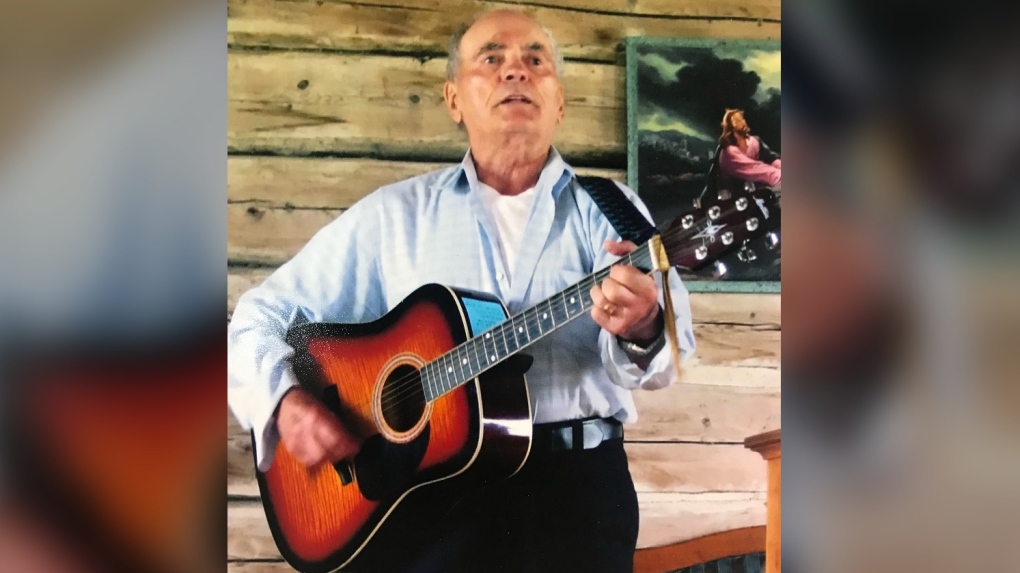 In addition to the sentimental items, Malanowich said her passport and tax files were taken, along with some jewellery, clothing and food.

She said she called the police right away as she was afraid the culprit would return to take more stuff.

The Saskatoon Police Service said it responded to the reported break in on Friday and has forwarded the file to its break and enter unit to see if there are further avenues for investigation.

Malanowich, who has never been broken into before, said she no longer feels safe in her own home and has since installed cameras in her unit.

The condo board is also looking at ways to make the building more secure, including putting in more cameras and making it harder for strangers to enter the building.

Malanowich said she hopes what happened to her will encourage people to look out for each other and get to know their neighbours.

“We’re really trying to get the messaging out there that, you know, have each other’s back, be a little bit snoopy, watch out for each other,” she said.

“Take the time to get to know the people around you that live around you and really watch out for people’s homes and their belongings and if you do see anything, definitely call the police.”

Malanowich said she hopes to get her father’s ashes and his guitar back, but also tries to remember they are only material things.

“Nothing can really come between my memories and the love that we have in our family and for my dad.”

Beto O'Rourke confronts Gov. Abbott on shooting: 'This is on you'

A news conference about the shooting at a Texas elementary school broke into shouting Wednesday as Democratic gubernatorial candidate Beto O'Rourke blamed Republican Gov. Greg Abbott for inaction ahead of the latest in a long string of mass shootings in the state.

The six candidates on the ballot to be the next leader of the Conservative Party of Canada are debating face-to-face in French, in Laval, Que.

Governor: Texas gunman said he was going to shoot up school

The gunman who massacred 19 children and two teachers at an elementary school in Texas had warned in online messages minutes before the attack that he had shot his grandmother and was going to shoot up a school, the governor said Wednesday.

Prime Minister Justin Trudeau cancelled plans to appear in person at a Liberal fundraiser in British Columbia Tuesday after RCMP warned an aggressive protest outside the event could escalate if he arrived, said a source close to the decision. The source spoke to The Canadian Press on condition of anonymity because they were not authorized to discuss the situation publicly.

Who controls the price of crude oil?

Do oil companies control the price of crude? CTVNews.ca asked experts to explain.

'How to Murder Your Husband' author found guilty of murder

A jury in Portland has convicted a self-published romance novelist - who once wrote an essay titled 'How to Murder Your Husband' - of fatally shooting her husband four years ago.